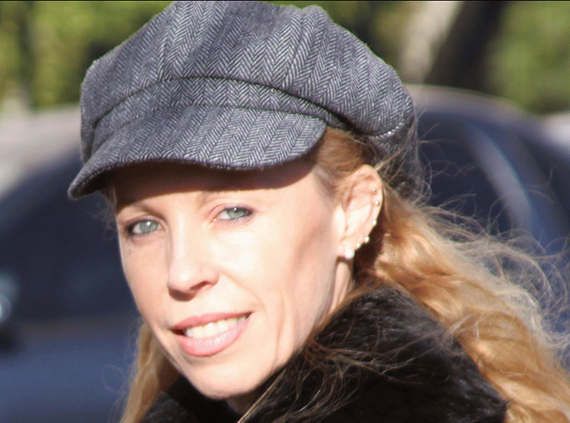 Photo by Jaluj, freely licensed under CC BY-SA 4.0.
Sometimes a negative experience may turn into a catalyst for change. Andrea Kleiman’s (Usuaria:Jaluj) interest in Wikipedia’s gender gap rose after reading a psychological article written by a male editor that she thought was sexist. This sparked Kleiman, an Argentine psychologist, to join Wikipedia. “I decided to [register] only to write in that article,” she recalls.
Surprising even herself, the article didn’t remain the last she edited. Since 2011, Kleiman has contributed tens of thousands of edits and arranged workshops for women in Argentina and Uruguay.
Kleiman is concerned about how fewer than 15 percent of Wikipedia editors are women, so she focuses on encouraging and engaging young women to edit Wikipedia. She believes young women need extra attention to feel comfortable in the editing environment. “Because I am old, I feel very secure about myself, about my knowledge, and about my voice. But younger women, they don’t feel like that. If somebody criticizes them, they feel bad and they [leave].”
As a way to narrow the gender gap, Wikimedia Argentina—a local affiliate of the Wikimedia movement—is now inviting influential women for breakfast to inform them about the importance of contributing to Wikipedia.
Among invitees, consisting of women working for Argentine government and beyond, a gender gap in society is generally a well-known problem. Wikipedia’s gender gap, however, has surprised many participants. Kleiman wants to correct these sorts of misconceptions. “We need to work to explain people that it’s not the reality, and that it’s important that women contribute too.”
Engaging more women editors brings out new perspectives. For Kleiman, it’s inadequate if the sum of human knowledge is written only by the half of the population. “Men have a different vision of the world, of the women, of what’s going on, and all of the articles are written from their own point of view. There is only one point of view, so I think it’s very important to have all points of views on Wikipedia,” Kleiman states. “I mean not only women, but men, minorities, different people from all over the world … not only white, men, and young”.
For her, Wikipedia is a powerful tool due to its potential to reach the entire world. “If I teach at the university, I can explain something to my students. But if I explain that in an article on Wikipedia, [many] more people will read it.”
Interview by Jonathan Curiel, Senior Development Communications Manager
Draft by Reetta Kemppi, Communications Volunteer
Wikimedia Foundation