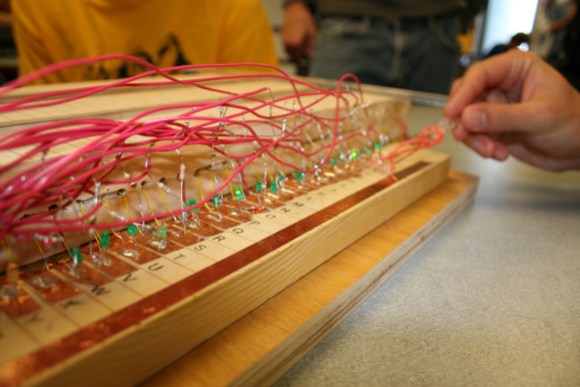 The latest version of MediaWiki is live. Photo by Zach Dischner, freely licensed under CC BY-SA 2.0.
The MediaWiki developer community has proudly released the latest version of the software that provides the backbone of Wikipedia. MediaWiki 1.26 was developed beginning in April and released on November 25. Alpha versions were deployed to Wikimedia wikis in weekly intervals during the development period.
The 1.26 release has a major focus on performance, with across the board improvements both frontend and backend. All JavaScript is now delivered to the client asynchronously, significantly improving the page load time. Due to performance issues in the old implementation, syntax highlighting support was completely overhauled using the Python “Pygments” library, and added support for several hundred new languages at the same time.
In an effort to clean up outdated and bad code, the “AuthManager” project to clean up and overhaul MediaWiki’s authentication layer put some groundwork in this release, mainly deprecating functionality that is planned for removal in the next release.
MediaWiki supports over 350 languages, and added support for four new languages in 1.26: American sign language, डोटेली/Doteli, لئری دوٙمینی / Southern Luri, and Livvinкarjala / Livvi-Karelian.
Several long-standing feature requests were also implemented, including the possibility to check actual watchers of a page and support for WebP image files. About 390 bugs have been fixed in this release, thanks to the code contributions of about 117 developers. All the details can be found in the release notes.
MediaWiki is the popular open source wiki platform that powers Wikipedia, hundreds of other Wikimedia wikis, and thousands of public and private sites out there. The core MediaWiki software, provides the basic functionality, which can be enhanced with extensions, gadgets, templates, and bots. Check the instructions to download MediaWiki, install or upgrade your instance.
MediaWiki is released every six months. MediaWiki 1.27 is expected to be released in May 2016, and will be a long-term support release. Wikimedia users are helping test through weekly development versions already. Contributors are welcome!
Kunal Mehta, Software engineer
Greg Grossmeier, Release Manager
Wikimedia Foundation