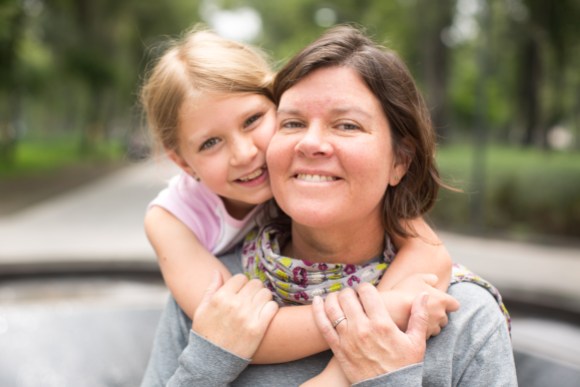 Merrilee Proffitt, a librarian and Wikipedian. Photo by Victor Grigas, freely licensed under CC BY-SA 3.0.
Merrilee Proffitt (Merrilee) is on a mission to bring American librarians closer to Wikipedia—a group she think is hesitant towards the idea of a community edited encyclopedia.
As a long-term Wikipedian and professional of library sciences, Proffitt understands the views on both sides. In her opinion, librarians and Wikipedians share many common goals being passionate to ease people’s access to information. “I think it’s the appreciation of quality and drive to help people in finding the sources they want and increase their own personal knowledge or whatever their pursuits are, that librarians and Wikipedians have in common.”
When talking to librarians, Proffitt encourages them to go beyond the surface to see what’s behind Wikipedia articles. Looking at talk pages and community portals, for example, helps to discover the passionate human side of Wikipedia. “I think because they are so critical of quality, they might land on a given Wikipedia article and not see that it’s of high quality and just miss it without having an understanding of how Wikipedia works,” she says. “If librarians had an understanding of how Wikipedia works [and] how driven the community is, they would really change their tunes pretty dramatically.”
Proffitt believes that Wikipedia and libraries face similar challenges on bringing people to them in the times of decreasing library users. From the side of Wikipedia, Proffitt hopes for more welcoming attitudes, similar to what people have when meeting face-to-face. “Every single person I’ve ever met at an in-person event, or have interacted at Wikimania has been so helpful, so generous with their time and their knowledge and I wish that could be translated into the online environment as well.  Some of the conversations we have there can be pretty unhelpful and antagonist.”
As a positive example, she recalls her start on Wikipedia ten years ago, when she enthusiastically wrote an article promoting a project she was involved in. Despite the unintentional violation of Wikipedia’s conflict of interest guidelines, she was not discouraged. Other Wikipedians cleaned up her article while she learned how to become a better editor. ”It wasn’t judging, there was no inflammatory language, there was no saying you’re a new editor, you shouldn’t be doing this. It was nice”, she points out.
Today, the co-operation in improving the articles is what Proffitt considers is one of the best characteristics of Wikipedia.”I wish the real world would work that way. I can start something and somebody will come along and make it so much better. I just love that all for working together to make things so much better.”
As a bridge builder, another group Proffitt wants to bring closer to Wikipedia is children.  Prior to going to Wikimania 2015, Proffitt found her eight-year-old daughter reading the Wikipedia article on Mexico City, where the conference was held. “ She can’t wait for to start her first article. In fact, she told she me wants to write an article called dumb things that only eight year olds care about,” she recalls.
Proffitt hopes there would be more opportunities for kids to collaborate with Wikipedia on their level, like by choosing images. At the moment, positive talking about the encyclopedia is a good starting point. Instead of discouraging children from participating in online communities like Wikipedia, Proffitt aims at educating and explaining how they work.”I can talk to students, and young people about Wikipedia in an encouraging way and help them to look at the talk pages to see how the articles are constructed, look at the edit history and think critically about it. But I don’t think there are teachers and other adults in their life necessary doing that.”
As a help to familiarize people with Wikipedia and share a positive image about it, Proffitt mentions visualization tools like Listen to Wikipedia. Her daughter listens to the soothing sounds of the tool as bedtime routine, but it also raises the curiosity on the edits made on Wikipedia. ”The article names that are going by show the range of topics that are on Wikipedia. Things you might not have thought about, because you never searched for them. I think tools like that are great in terms of hoping to explain Wikipedia,” Proffitt adds.
Interview by Rosemary Rein, Director of Learning and Evaluation
Post by Reetta Kemppi, Communication Volunteer
Wikimedia Foundation