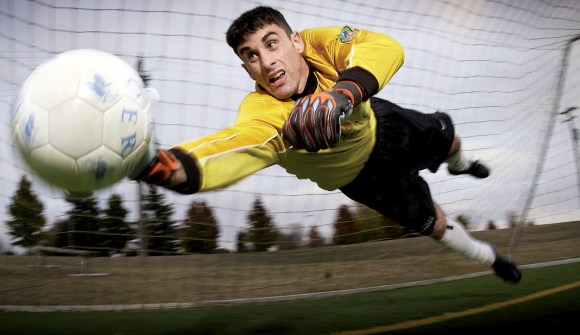 Sports fans vandalize Wikipedia articles, and sports bloggers write about it—often. Photo by Master Sgt. Lance Cheung of U.S. Air Force, public domain.
On November 22, football (soccer) team Manchester City lost 4–1 at home to Liverpool. Some Liverpool fans commemorated the drubbing by vandalizing the Wikipedia page for the City of Manchester Stadium, and the press took notice.
“Manchester City stadium now ‘owned by Jürgen Klopp’, claims Wikipedia page,” read a story on The Guardian’s online sports section. Klopp is Liverpool’s manager. The Guardian story reported that the Wikipedia article had been edited to show Liverpool’s coach owned the stadium, which had supposedly been renamed, and that a Liverpool player now operated it.
The Guardian‘s story was published at 11:28 a.m. GMT, and shared on social media 4,498 times.
Yet before the story ever appeared online, the vandalism reported by The Guardian was reverted. Within an hour of publication, the Wikipedia article was “protected,” or closed to anonymous edits.
The speed of the reversion could not chase down online reporting of the vandalism. Few actually saw the bad edits—yet according to Google News, 1,541 articles reported the vandalism, including The Mirror and BBC News Online.
Anyone can edit any Wikipedia page, and for exuberant fans, that temptation can prove too much to resist.
“I was just trying something new,” a Facebook user who posted about vandalizing the Manchester City page later told Wikipedia on Facebook. “I was like, hey is it possible if I add something by myself, even if it was wrong? So I decided to do it.” He said he is a football fan who otherwise greatly appreciates Wikipedia.
On the other end of the vandalism was Smartse, a Wikipedia editor since 2006 with more than 32,000 edits. “I was reading The Guardian, and noticed an article about the vandalism. So I checked the history and protected it for a few days,” Smartse said via email. “I would say that it was being taken out of proportion since it was hardly any different to all the other vandalism high traffic articles get. Publicising vandalism like this isn’t helpful in general as it will only encourage others to do the same. Even if it’s funny, someone still has to revert it.”
Wikipedia vandalism can reach some very high places. On October 20, Barack Obama noted vandalism to the article on US women’s soccer team star Carli Lloyd at a White House press appearance. In July, Lloyd’s Wikipedia page was vandalized to state that she was the president of the United States after she scored three goals in the final game of the World Cup. The president joked that Lloyd knew more about being president than some of the current candidates.
The vandalism to Lloyd’s page was reverted in five minutes; still, a Google News search shows more than 6,000 news articles cited the prank.
In a similar incident, goalkeeper Tim Howard’s Wikipedia page was changed to list him as Secretary of Defense after his 16 saves in a 2014 World Cup game. US Secretary of Defense Chuck Hagel called Howard to congratulate him—a fact reported by The Wall Street Journal, USA Today, and Yahoo! Sports, among many others.
For every inspired vandalism edit, there are many that are not. As millions of fans curious about Howard’s life story were simply trying to learn facts about him, his Wikipedia article was repeatedly vandalized.
TV networks have long declined to broadcast fans interrupting games. A spokeswoman for CBS Sports told The New York Times a decade ago that “It’s our policy to turn our cameras away from any exhibitionist behavior. We’re not going to provide the vehicle for these people.” But the Web has changed that, elevating streakers on the field and other pranks on websites and social media. “The exhibitionists who interrupt sporting events no longer have to rely on the reluctant gaze of a television camera to advance their notoriety,” the Times wrote in 2005.
Some say online reporting of Wikipedia vandalism should have ended then.
“Media reports of Wikipedia vandalism are more than a decade obsolete,” said Howard Rheingold, who helped to develop early crowdsourced projects and social networks, and taught about them at the University of California at Berkeley and Stanford University. “Wikipedia has always worked,” Rheingold said, because the number of people “who have the power to revert to a previous version with one click has vastly outnumbered the number of vandals.”
The reports of vandalism continue, some even noting that the edits are gone in an instant, but immortalized in blogs.
The New England Sports Network reported on Dec. 28 about vandalism to New England Patriots’ player Matt Slater’s Wikipedia page the day before. The edit cited in the blog post disappeared in five minutes, and NESN noted “the sarcastic jokes were quickly removed.” The post then showed the vandalized articles, noting:
“But nothing ever really disappears on the Internet, as the following screen shots prove.” 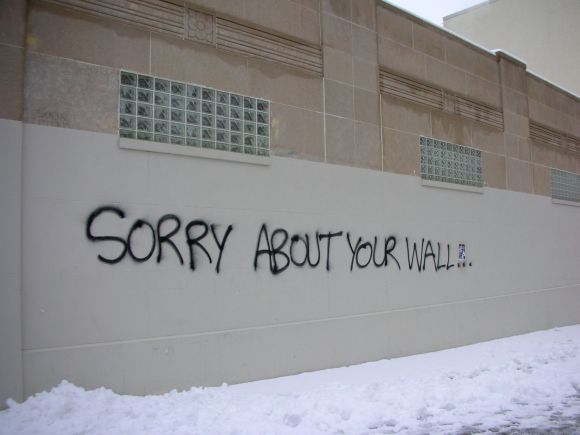