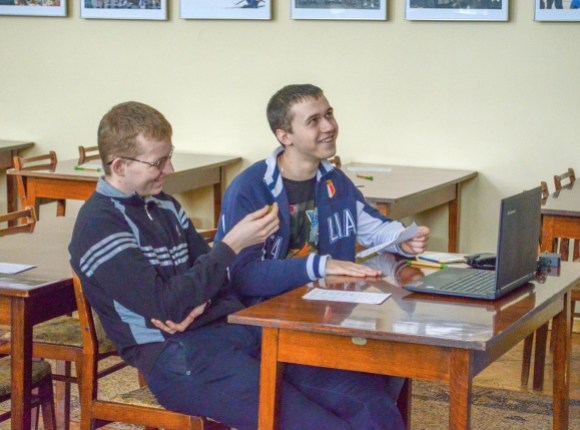 WikiComment’s creators hope that their tool will assist in putting on education programs, like the one seen here in Ukraine. Photo by Star61, freely licensed under CC BY-SA 4.0.

Sites that rely on the cooperation of people need to be able to easily exchange information. When there are some problems with an article, you could always add some templates to specific places or point to them on talk page—but that can sometimes be painful and time consuming.

The problem can grow even greater when articles are written inside a Wikipedia Education Program. You may need to follow up with hundreds of students and provide them feedback so that they can easily understand what should they fix. This can be a rather tricky job when dealing with people who have never before written to Wikipedia.

For example, in Estonia we have a course called “Estonian Composition and Conversation” in the University of Tartu, where there are on average more than 200 students per year writing articles on Wikipedia. We are keenly interested in providing good quality feedback, but with that number of students and with the use of the usual wikisystem, that is hard to achieve.

So we needed a solution.

When using the usual method (the talk page), you need to point out where are all of the mistakes located and then express your concerns about them. With a lot of comments, that does get rather messy and it’s hard to understand where are those comments directed to; it’s not an ideal medium for feedback in massive scale and not that useful for neither the students nor the person giving feedback. So the goal was simple: to ease the process of giving feedback to students who write wikiarticles as their coursework.

What we did was to create a system called WikiComment.

What does it do? Well, at first it allows to add comments to exact letters/sentences/paragraphs to speed up the commenting process and make it easier to locate the issues. In addition to adding comments, it also provides various highlighting options and a possibility to strike through text. Secondly, it allows for better monitoring of the articles of interest. That means the wikiComment user has information about which pages have been modified and he or she can easily check if the changes have solved the marked questions.

We hope that this will make it easier to focus on text and to the quality of writing.

Obviously WikiComment could be used outside the education initiative and in many other ways as well, but that is just how it all started. For example we’ll soon add support for sites like Meta-Wiki, Wikisource, Wikivoyage, Wikinews, and Wikiquote, among others. Having a discussion about some details in grant request or talking about local tourist sites may have just become easier. But to really optimize the system and to make it as good as possible we’ll need your feedback, so please go on and test that site—if you have any suggestions, just let us know. 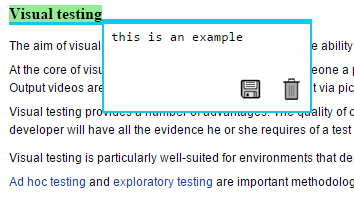 Kannada Wikipedia anniversary: The Kannada Wikipedia is all set to celebrate its 13th anniversary. The first ever edit on Kannada Wikipedia was made on 12 June 2003 with a message “Kannada Vishwa Koshakke Suswaagatha!” (meaning welcome to the Kannada encyclopedia in Kannada). However, it took over a year—on July 12, 2004 the first article about a city Shimoga was created. Over the last decade Kannada Wikipedia has been a great gamechanger for the Kannada language where the Wikipedians have played a great role in making it a household name—there were about 700,000 pageviews in December 2015. The annual average of active editors for last year was 48, 91 (February) being the highest and 22 (May) the lowest and 80 being the count in last December. The peaks and valleys also signify that major outreach like Wikipedia Education Program at Christ University Bengaluru could have boosted the total number of editors during the months when the program was being rolled out. Since its inception, the project has gone through many ups and downs over time, the major one being a small community to edit and curate such a high level task of creating new articles in Kannada, editing and enriching them with more information and citations, and cleaning up many articles.
The biggest hurdle, as explained by Wikimedian Hari Prasad Nadig, has been cleaning up the articles created by paid translations of Google when Kannada Wikipedia along with many other Indian language Wikipedias were used as testing grounds for improving Google Translate, a multilingual machine translation tool. Vasanth S.N., a Kannada Wikipedian who has cleaned up over 60 such articles prefers to use an existing good quality encyclopedia like the 16 volume Kannada Vishwakosha, published by Mysore University and relicensed under CC-BY-SA 3.0 by the university, as a resource to create and improve articles. To celebrate the journey of the project and the community, Kannada Wikipedians are gathering at Saint Aloysius College Mangalore, Karnataka this 14th. The larger community, including long time Wikipedians and new members like the students faculty involved in Wikipedia Education Programs, will gather and participate in a day-long edit-a-thon and chalk out plans for the future.
Innovation and revolution in the Odia language: Wikimedian Subhashish Panigrahi has written two pieces recently. In dnaindia.com, he described a Unicode converter that in revolutionizing Internet access in the Odia language; in the Huffington Post, he wrote about why contributing and adding to Wikipedias in Indian language is so important.
Coming together across the divide: Saanjh (ਸਾਂਝ سانجھ), a Punjabi word which means collaboration, was an online edit-a-thon between the Gurmukhi Punjabi Wikipedia and Shahmukhi Punjabi Wikipedia in January 2016. The plan came together after two editors, one from each side, met at Wikimania 2015. Organized by the Punjabi Wikimedians User Group, 23 editors participated; you can read more about their story on Meta.
Subhashish Panigrahi, Wikimedian and Programme Officer, Access to Knowledge (CIS-A2K), Centre for Internet and Society
Ed Erhart, Editorial Associate, Wikimedia Foundation