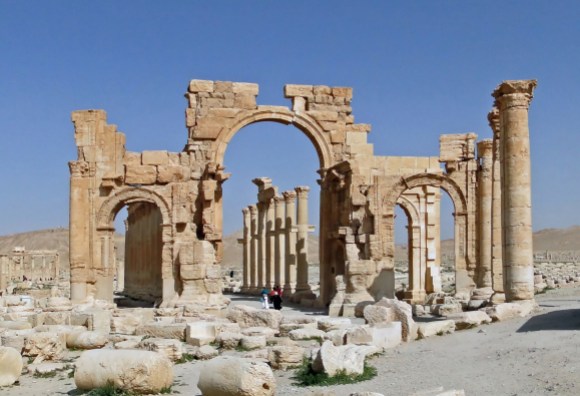 Photo by Bernard Gagnon, freely licensed under CC BY-SA 3.0.
Lars Amréus, the Director-General of the National Heritage Board of Sweden argued in 2013 that “the greatest threat towards cultural heritage is a lack of knowledge and disinterest. … The best way to protect [it] is knowledge and information that is easy to find and free.”
The idea of using information to prevent destruction of cultural heritage is shared, and have guided the work done, by the Wikimedia movement for a long time. In keeping with this, Wikimedia Sverige (Sweden) has designed a new project with a generous grant of US$300,000 from the Culture Foundation of the Swedish Postcode Lottery that will run from January 2016 to the end of June 2017.
Our partners include world-class organizations: we are working closely with UNESCO to identify what data to include, contact organizations about their material, and other similar questions. Our point of contact is John Cummings, who is a Wikipedian in Residence at UNESCO’s headquarters in Paris. Cultural Heritage without Borders wil play a similar role, and we will utilize their network in a number of countries to obtain data, images, and other types of media. We are also working with Wikimedia Italia to upload a large amount of images from Italian archaeologists in Palmyra.
As part of the project, we will:

We are standing on the shoulders of giants and are building on the great work that has been done previously around collaboration with the GLAM sector (Galleries, Libraries, Archives and Museums), with the data gathering for Wiki Loves Monuments (which over the years became the world’s largest photo competition) and the creation of a huge amount of Wikipedia articles about the world’s cultural heritage.
Please join us in this effort.
John Andersson, Project Manager for Connected Open Heritage
Wikimedia Sverige
The views expressed are not necessarily those of the Wikimedia Foundation or Wikipedia; responses and critical commentary are invited in the comments section below.