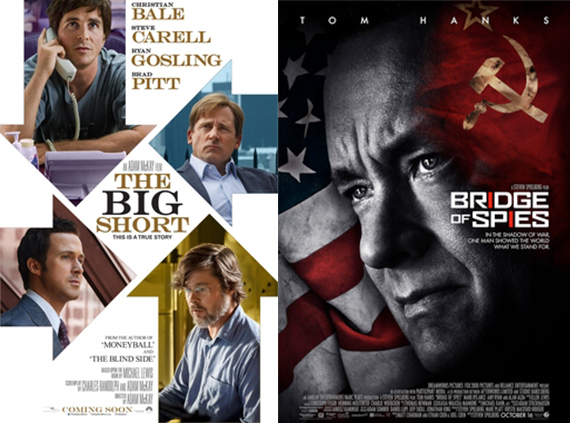 Promotional posters copyrighted by Paramount and Walt Disney Studios Motion Pictures, respectively, used here under the United States’ fair use provision.
“Where do I know them from?” you ask while puzzling over actors on TV. Out comes your phone, up comes Wikipedia, and there are the facts.
That’s how it worked during the Super Bowl. In the minute after Von Miller, a relatively obscure (to the public, at least) defensive player, was announced as the Super Bowl’s MVP, his article received 41,000 clicks—683 a second.
And now the Oscars are rolling out the red carpet for Wikipedia “second-screen” viewing. There’s real news to catch up on: The intense criticism of the lack of diversity among this year’s nominees. President Barack Obama commented on the issue, asking: “Are we making sure that everybody is getting a fair shot?,” and host Chris Rock has reportedly rewritten his monologue to address the controversy.
And there are the movies themselves, complete with trivia and details. “I love delving into the production aspects of films, all the weird little nuggets you’d never know about from the finished product can be hard to keep track of,” says Wikipedia editor David Fuchs, who lives in Washington DC and has worked on all of the articles on the original Star Trek movies. 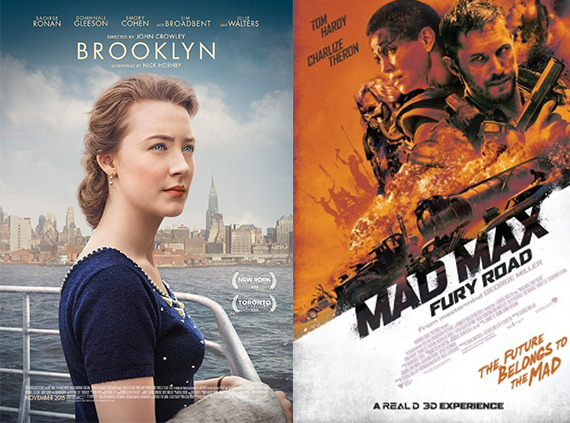 Promotional posters copyrighted by Fox Searchlight Pictures and Warner Bros. Pictures, respectively, used here under fair use.
Wikipedians will be watching the Oscars—and some have even worked on articles about Oscar winners. An editor named Johanna worked on the 1999 film “Boys Don’t Cry,” which saw Hillary Swank win an Oscar for best actress. “Although I don’t always agree with their choices for winners and nominees, it’s always fun to see film history in the making,” she said.
Here’s a starter kit with a Wiki Playlist of the nominees for Best Picture. This new tool from our friends at the Wiki Education Foundation lets you grab a group of comparable Wikipedia articles, display them all visually together, and tote them around with one handy link.
You can even build your own at playlist.wiki.
A Wiki Playlist of best picture nominees is a good example of how you can collect and share articles that naturally go together, said Eryk Salvaggio, communications manager for the Wiki Education Foundation. “We built it to help people share that joy of learning, and as a way to thank the volunteers who build Wikipedia.”
Grab the tub of popcorn. Wikipedia is your Oscars buddy. (Pajamas on the couch are our tuxedo and ball gown, too.)
2016’s best picture nominees and factoids 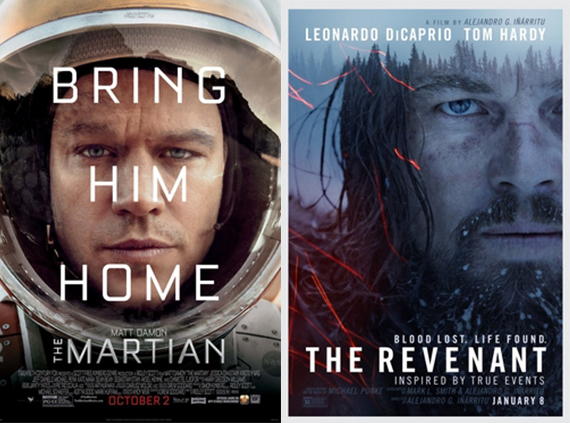 Both promotional posters are copyrighted by 20th Century Fox (Martian, Revenant); they are used here under fair use.
And the ceremony’s host, Chris Rock, is back to host the awards, 11 years after his criticized Oscars hosting in 2005. Rock has said his performing style was influenced by his paternal grandfather, Allen Rock, a preacher.
One poignant segment each year is the video showing notable deaths of the past year. Wikipedians chronicle these as well, 365 days a year. Leonard Nimoy, B.B. King, Maureen O’Hara, Wes Craven and Omar Sharif are among the major entertainment industry’s losses in 2015.
And if you’re just not having the whole thing, go snarky with the anti-Oscars: the 36th Golden Raspberry Awards, saluting the worst in film. Most nominated this year? Fifty Shades Of Grey. Despite mixed reviews, two sequels are planned.
Will you be watching the Oscars with social media? So are we. Tweet with the hashtag #Oscarswiki to connect with us, or comment on the thread of our Facebook page.
Jeff Elder, Digital Communications Manager
Ed Erhart, Editorial Associate
Wikimedia Foundation

This post is part of the blog’s “News on Wikipedia” series, where we examine how Wikipedians deal with events and happenings in the world around them. 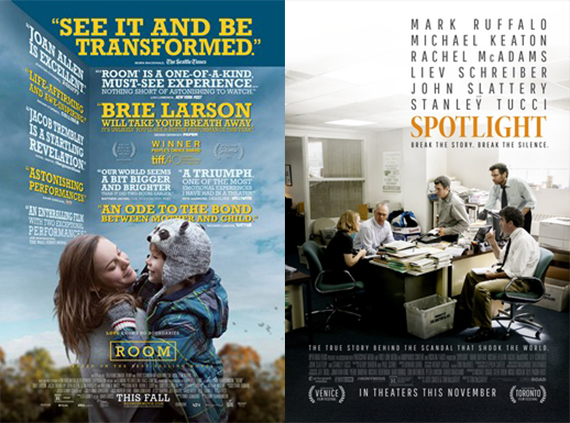 Promotional posters copyrighted by A24 Films, and Open Road Films, respectively, used here under fair use.