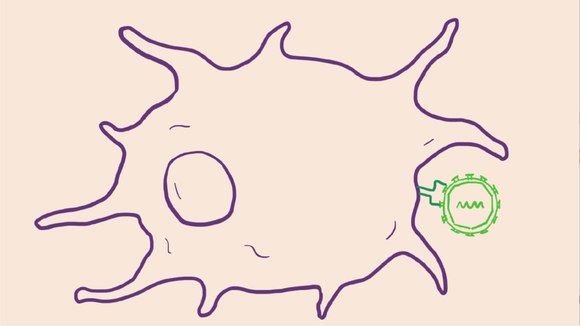 This freely-licensed video documents current understanding of the Zika virus and its spread. Video by Osmosis, freely licensed under CC BY-SA 4.0.
As the Zika virus outbreak continues to worry health officials around the Americas and scientists rush to better understand the symptoms, Wikipedia’s editors move to craft articles that inform and educate about this rapidly breaking medical story.
We spoke with two editors from the English Wikipedia: Gorthian, a geology graduate and an editor of almost five years; and Chris van Löben Sels, a strategist based in northern California. Together, they have made almost 200 total edits to Wikipedia’s article on the current outbreak.
The Zika virus, which causes Zika fever, broke out first in Brazil in April of last year. It spread to several other South and Central American countries, and the World Health Organization (WHO) said in January that it was likely to spread through most of the Americas by the end of 2016.
Once a cluster of microcephaly—babies being born with heads far smaller than normal—cases were reported in Brazil, and were linked to the outbreak of Zika, the WHO declared it a Public Health Emergency of International Concern.
Travel warnings have been issued for several of the affected countries, and some have gone so far as to warn would-be mothers to delay pregnancies until more is known about the virus’s impact on foetal development. 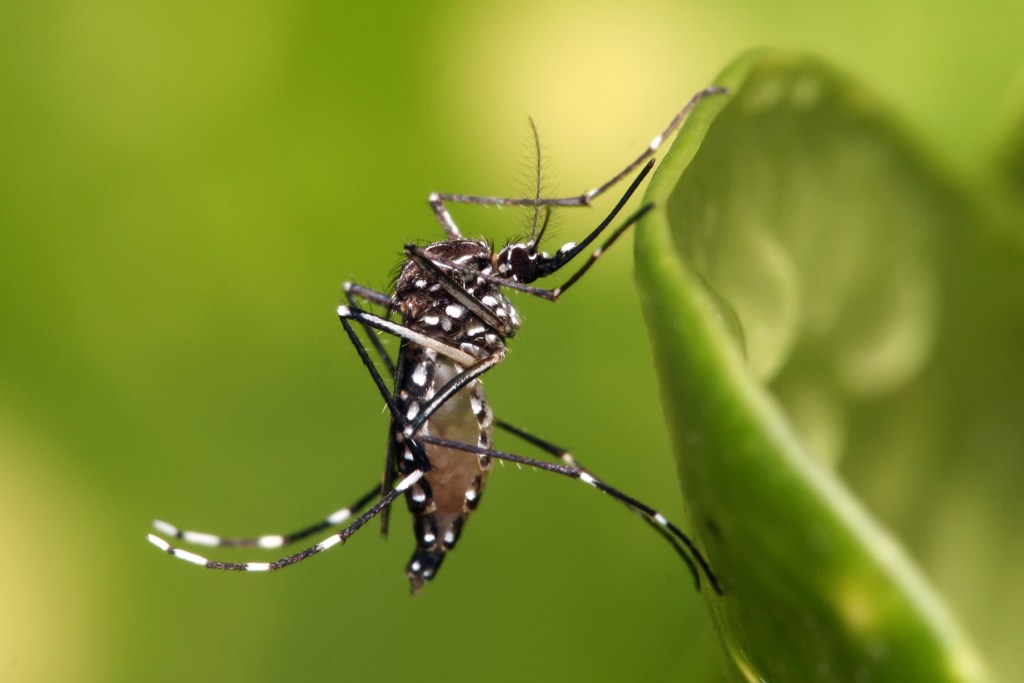 The Zika virus, spread by mosquitoes such as this one, has been making global headlines since last year. Photo by Muhammad Mahdi Karim, freely licensed under CC BY-SA 4.0.
“Millions of people are, in all likelihood, going to be exposed to Zika in the next couple of years,” says van Löben Sels. “They are going to face real questions about whether it is safe to get pregnant and what to do if they are. Different agencies will have differing information out there because they update their findings at different times. There needs to be a place to find reliable information as it comes out.”
Neither editors are doctors or medical experts—they were drawn to the article out of a want to inform about the disease causing such panic in the Americas.
“Originally, it wasn’t the topic that interested me,” says Gorthian. “I came across the article because I was looking at the work of another editor and, as often happens, I saw something on the page that needed fixing.
“By then, the story of the Zika virus and its effects had intrigued me, and the article landed on my watchlist,” he adds. “Now I feel committed to following developments as we learn more about the disease, its rapid spread, and its devastating effects.”
While Wikipedia explicitly does not provide medical advice, its coverage of diseases is extensive. Medicine is the focus of one of the largest editor task forces—”WikiProjects”—on the English Wikipedia, with 35,000 articles falling under its umbrella. The article on the Zika virus outbreak is the third-most edited over the past seven days.
“I think WikiProject Medicine is one of the best-organized projects I’ve seen here,” Gorthian says. “There are clear-cut guidelines and seem to be lots of volunteers, including a number of medical professionals.”
An innovative collaboration provided an open-source video (seen at top) explaining the Zika virus on Wikipedia. The Wiki Project Med Foundation, Osmosis, and Translators Without Borders have together produced around 45 video tutorials on Wikipedia topic pages, including pneumonia, cirrhosis, and leukemia. Their take on the Zika virus explains the symptoms and transmission of the disease.
James Heilman, MD, an emergency medicine physician and Wikipedian, explains that the Med Foundation made it their goal to provide freely-available, accessible materials on medical topics. “We’re excited to participate in the review and distribution of these video tutorials,” he says. 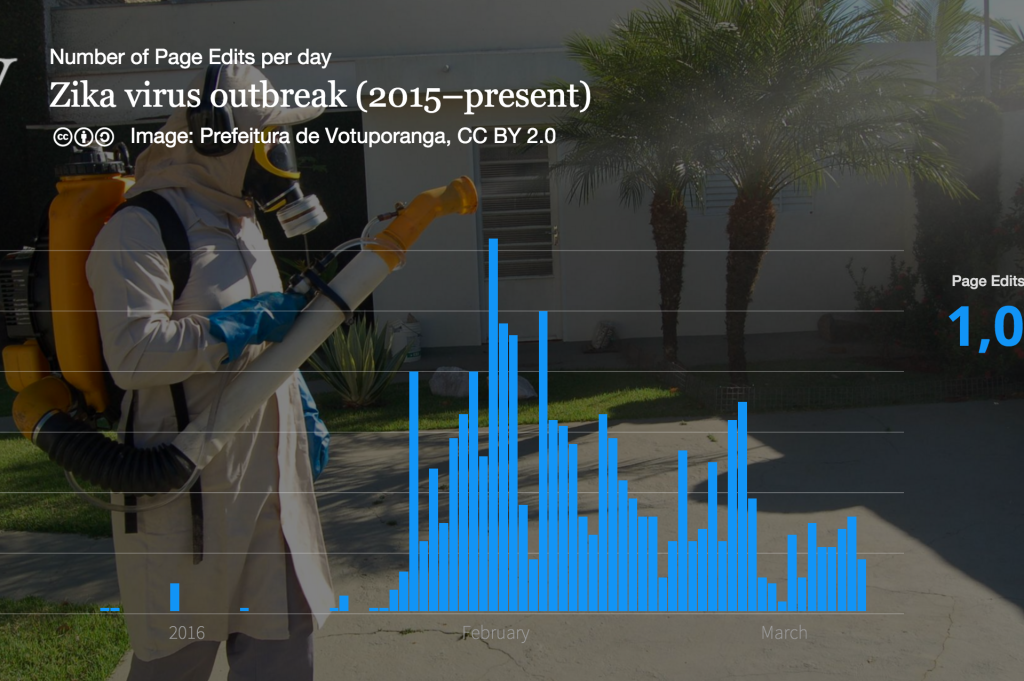 Edits to “Zika virus outbreak (2015–present)” by day since its creation. Photo by Prefeitura de Votuporanga, freely licensed under CC BY 2.0.
The English Wikipedia article on the current Zika virus outbreak was created in December, though articles on the virus itself are much older. During its lifespan, more than a thousand edits have been made to the article, the majority of them during the intense media cycle throughout February.
Thanks in part to its position on Wikipedia’s main page—it has been in the “ongoing events” section of “In the News” for more than a month—it attracts a fair number of views from those looking to learn more about the outbreak, and the disease behind it. On February 2, more than 38,000 page views were logged on the page.
“Wikipedia has become the default website for knowledge of all sorts. During a crisis like this, people want to know the latest progress and setbacks as fast as they happen,” Gorthian explains.
Both he and van Löben Sels believe Wikipedia’s medical coverage is high-quality, but difficult to break down by those unfamiliar with the topic at hand.
“It’s a very difficult area to balance precision [with] pure medical jargon,” says van Löben Sels.
Gorthian agrees: “I wish there were more of an effort to explain terms and meanings right there in the article, instead of relying so much on links to support the text.”
“Ideally, we editors have gleaned what is important from good sources and present it in a neutral, rational, non-sensationalistic way, so readers can be confident they’re getting the facts that matter,” he adds. “That’s the perfect world I’m striving for, anyway.”
Joe Sutherland, Communications Fellow
Wikimedia Foundation