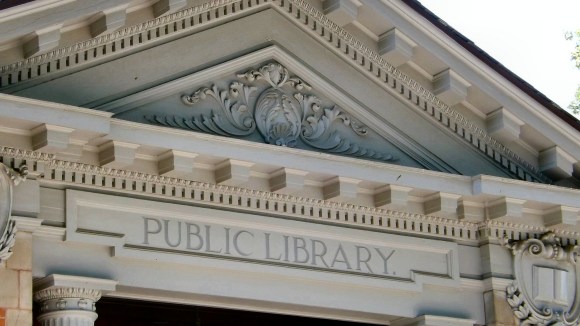 The mission of public libraries and librarians align closely with that of the Wikimedia movement. The Online Computer Library Center will train 500 librarians to support offline training and outreach activities in public libraries across the USA. Photo by Ken Figlioli, CC BY-SA 2.0.

We are excited to announce the successful grantees from the first round of the Wikimedia Foundation’s new Project Grants program.
Project Grants support individuals, groups and organizations to implement new experiments and proven ideas, whether focused on building a new tool or gadget, organizing a better process on your wiki, researching an important issue, coordinating an editathon series or providing other support for community-building.
The Project Grants committee will score three rounds of grant proposals this fiscal year year according to specified selection criteria. The original pilot was to accept proposals quarterly, but this schedule is proving to be too compressed, especially considering the upcoming Movement Strategy work. We have also found that the new Rapid Grants program, which has a rolling submission deadline, is fulfilling a large part of the community’s funding needs. We are continuing to assess the new grants programs and how they meet the needs of the community and align with Foundation’s resources and capacity.
Our volunteer committee is made up of 17 Wikimedians who come from over 13 different wikis and collectively speak over 15 languages. Outside of our Project Grant committee work, members edit, review, and translate content; help govern local chapters; write software; organize off-wiki events; facilitate workshops; work as sysops and bureaucrats; verify copyright and licensing permissions; draft and discuss project policies; and recruit and welcome new users to Wikimedia projects. Many members also serve as advisors to new grantees, helping to answer questions, connect them to relevant resources, and comment on monthly and midpoint reports.
In this latest round, a total of 12 eligible proposals were submitted for the committee’s review. The committee recommended that six projects be funded to receive $180,396, divided into three themes: software, offline outreach, and research.

The first round of the Project Grants program saw some new trends, some that reflect the unique potential of this new program, and others that carry forward themes we’ve seen in many previous rounds.
When we launched Project Grants, we experimented with a new funding ceiling of $100,000 USD.  This is a significant increase from the programs that Project Grants replaced: Individual Engagements Grants previously had a ceiling of $30,000, while Project and Event Grants did not have a cap but typically were in the $5,000-$30,000 range.
The new, higher threshold ushered in projects at a scale higher than we’ve seen before, with strong potential to have larger impact on central problems of the Wikimedia movement.  For example, A Wikipedian-in-residence to engage 500 librarians and their communities, funded at $70,000, aims to equip 500 public libraries with training and infrastructure to support Wikimedia programming.  This reflects a powerful leap in the scale of outreach since it targets not just individuals but organizations embedded in local communities across the United States.
Likewise, WikiFactMine promises to have a much greater scale of impact than most software grants we’ve awarded in the past.  If successful, it will powerfully accelerate the process by which new datasets are integrated into Wikidata over time, at a scale that simply wouldn’t be possible without the innovative technology this project enables.
This round, all three funded software proposals will engage in improving or expanding Wikidata.  Through our interviews with applicants and consultations with experts, we encountered a great deal of excitement about Wikidata’s potential both to support other Wikimedia projects and to serve as a landmark project in its own right, capable of attracting an increasingly broad audience of dedicated users as its capacity is realized.  Given the promising use cases under development for Wikidata–such as WikiCite, for example, we are delighted to be able to support experimentation around new tools that can help this project continue to expand.
We continue to see our applicants demonstrate a longstanding priority for expanding the diversity and inclusiveness of Wikimedia projects. The Wikimedia Foundation celebrates and supports this trend. This round, we will fund two relevant projects.  Why women don’t edit Wikipedia will raise awareness about how sexism impacts Wikipedia and increase female participation in Greece.  Strengthening indigenous-language Wikipedias in Latin America will take a deeper diver into understanding how our projects might be able to engage small language communities. As language extinction advances around the globe, we are eager to see what Global Voices’ research will discover about applications for Wikimedia projects in their work in language revitalization activism.
We received many compelling proposals this year that the committee decided not to fund. We encourage applicants who were not successful in this round of funding to refine and resubmit their proposals in upcoming rounds. Return proposals that have been revised in response to community and committee feedback are warmly welcomed. The open call for Project Grants Round Two is currently underway, with applications due October 11.
We look forward to reviewing your suggestions and future submissions, but for now we say congratulations to the successful grantees and encourage you to follow their progress as they begin work in the coming weeks.
Alex Wang, Senior Project Manager
Marti Johnson, Program Officer, Individual Grants
Wikimedia Foundation

Archive notice: This is an archived post from blog.wikimedia.org, and as such was written under a different editorial standard than Diff.