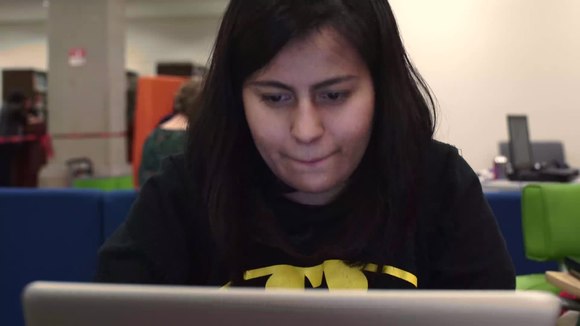 It’s not often when a traditional educational institution offers money and other resources to do Wikimedia-related work. But then, Semana i (i Week) is not your ordinary academic event.
September 26–30, 2016 marked the third Wikimedia event with the Tecnológico de Monterrey university system. This year, however, the school system offered significant material and logistical resources for participating projects.
The first was to allow for multiple “wiki” projects, with different foci and allowing more professors to take leadership roles according their ability and interests. Our five projects included:

All ambitious, especially when you consider that all the projects needed to be completed in one week.
Preparations and planning began in January, when we recorded the band Los Hijos de Malinche, arranged an art exposition on campus, and invited experts on music, art, and history to assist in areas where we lacked expertise.
The Gothic literature group was managed by Tony Alcalá, a Tec professor and expert in this field, along with professor María del Sol Arteaga. The two Wiki expeditions were handled by professors Alvaro Alvarez (of Campus Santa Fe) and Martha Gomez (of Campus Mexico City), both veterans of planning and running this kind of event. Respectively, their students went to cover the Desierto de los Leones (historical site and national park) and the adjoining historic (neighborhoods) of Roma and Condesa. Two of the projects were completely new to us, as well as rare for the Wiki world.


Taking advantage of the fact that we are a technological institution, with majors in digital media and sound engineering, Leigh Thelmadatter, Dr. Lourdes Epstein, and sound engineering director Alejandro Ramos Amezquita teamed up to create options for students with these abilities. Those with video recording and editing abilities were assigned to do interviews related to some of the most important muralists of the 20th century: Arturo García Bustos, Rina Lazo, Arturo Estrada, Fanny Rabel and Federico Cantú. The first three were students and assistants to Diego Rivera and Frida Kahlo, so they were not only able to provide insight into their own work but those of their maestros.

As Fanny Rabel and Federico Cantú are no longer with us, Rabel’s daughter (the actress Paloma Woolrich) agreed to come to campus and talk to us. For Federico Cantú, we had his grandson Adolfo Cantú, who is also a noted art historian and cultural promoter. All videos have been uploaded to their respective articles in English and/or Spanish, although as of this date, English subtitles are still needed on the videos. This project was realized in collaboration with the Salón de la Plástica Mexicana, who also worked with us to set up the exhibit of works by Mexican muralists.
The music project was the most ambitious of all, even more so given that the aim of Semana i is to kick-start a longer-term project to get Mexico’s many music traditions represented in the Wikimedia world. As mentioned before, the project started before Semana i with Los Hijos de Malinche coming to the campus for a week to record. In this way, we had tracks ready for students to edit.
But we did not stop there. We contacted Mexico’s national sound archives to receive access to scores and recordings to use. We we were unfortunately not able to directly upload into Commons, we used these documents to create MIDI files and to create new scores, which we could put up online. This project was challenging not only because of the tight schedule, but also because most of our students have little to no experience with traditional music, which has its own ethnographic issues to keep in mind.
The results were very satisfactory, not just in terms of content created for Wikimedia but also learning for our students. We had 134 students involved from two campuses, in various activities. We created five video interviews, four song files, and one reconstructed score; uploaded 3,623 photos to Commons; and created 74 articles, improved another 93, made 620 edits, and added 83.4K words to the Spanish Wikipedia, according to the new Wikipedia Education Program Dashboard tool.
Leigh Thelmadatter, Wiki Learning-Tec de Monterrey