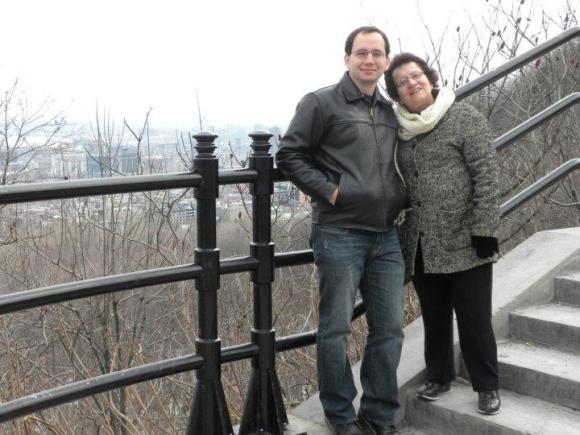 On the last night I spoke to my mother, Nair Fonseca, I was furiously editing Wikipedia. She had been struggling with a terminal cancer for the last nine months; that night the disease left her irreversibly unconscious. Sitting in a wooden chair at her side, in the midst of a hospital’s intensive-care unit, I was typing as fast as I could on my phone to report abusive editing, provide evidence of misconduct, and call for blocks.
She died two days later. It turned out that my recent editing had not absolved my pain and sorrow.
My mother was an amazing woman. She was a neurologist who got into medical school at a time when Brazilian women were not expected to be doctors. A progressive intellectual, who had to leave to France when the Brazilian military dictatorship hardened. An exile who organized a solidarity committee against human-right violations in Latin America. A vibrant and generous human being.
When she had to quit her practice, as the disease had left her too weak to leave the house unassisted, she decided it was time for a career change —and she dragged me along: she and I co-translated three contemporary sociology books and one from Émile Zola.
Wikipedia was not her thing, but she did admire my work. In 2014, each of my students wrote an entry on activists and intellectuals who had been killed by repressive state forces during the military regime. My mother told me about the times she had met some of them and even asked her old friends to proofread some of the articles. We frequently discussed education programs and GLAM initiatives I ran.
Last December, I took up the challenge of writing at least one entry per day on notable women for one hundred days, choosing to focus my attention on feminists, social scientists, and journalists. The challenge is called 100wikidays, and since 2015 when it was launched it has attracted over 200 editors. I did not make a connection to my mother at the beginning, but partway through I realized I was writing for her.
Everyone has their own reasons for joining 100wikidays. My journey was for mourning. 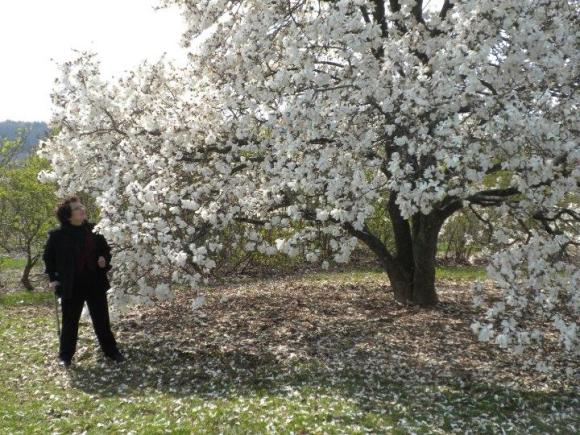 My first entry was the American feminist economist Nancy Folbre, then on the same day social scientist Dorothy Smith. These were stubs. On day three, I wrote about Brazilian activist and author Bianca Santana. I wrote on authors I had read on college and admired: Patricia Hill Collins (day 4), Ellen Meiksins Wood (day 10), Frances Fox Piven (day 15), and Beverly J. Silver (day 16). On day 14, I wrote on Brazilian transgender activist Luiza Coppieters, to whom my mother would have voted for in the 2016 municipal elections if she had been able to go to the election poll. On day 17, I wrote on Phillis Wheatley, the first American slave poet to be published. I had first learned about her in a book my mother and I had translated, The scum of the world [A escória do mundo], by Eleni Varikas.
After that, I wrote a sequence of articles on notable human-right activists and feminists: Argentine journalist Leila Guerriero (day 22), socialist politician Alicia Moreau de Justo (day 31), French sociologist Christine Delphy (day 32), Brazilian gender scholar Berenice Bento (day 44), and journalist Tatiana Merlino (day 52). On day 53, I wrote about Debora Silva Maria, the founder of an organization called Mothers of May [Mães de Maio], that gathers women whose sons—typically black and poor—were killed by the police.
Madeleine Pelletier, on day 54, was life-changing. I couldn’t stop writing on this woman, who was born in extreme poverty, and rose to become the first female psychiatrist in all of France before being sentenced to a mental asylum because she allegedly helped a 13-year-old abort after being raped. I then did a series on Brazilian journalists: Luisa Massarani (day 55), Ana Lucia Azevedo (day 56), Andrea Dip (day 58), Alicia Maria Ivanissevich (day 59), Adriana Carranca (day 61), Elvira Lobato (day 66) and Fabíola Imaculada de Oliveira (day 69).
Day 71 was Ekaterina Mikhailova-Demina, a suggestion from a fellow 100wikidays participant. This heroic Soviet soldier, a medic with their marine corps, went to war against the Nazis and patriarchy at the same time. Estela de Carlotto (day 74) is an Argentine activist who has created an organization called the Grandmothers of the Plaza de Mayo to find children stolen from activists and illegally adopted during the military regime in Argentina. Then, I translated the biographies of a dozen North-American suffragists, such as Lucy Burns (day 80) and Lizzie Crozier French (day 88). Alice Hamilton (day 96) was the first female professor at Harvard University. On day 99, I wrote on Brazilian journalist Cynara Menezes, who has been a key voice against human-right violations.
The last entry of the 100wikidays challenge is traditionally written on a topic related to Bulgaria, Spiritia‘s—the founder of 100wikidays—country of origin, so I wrote the last entry of this journey on Anastasia Dimitrova, a notable Bulgarian educator.
This intense and disciplined writing experience was an opportunity to empathize, connect, reflect, and situate my individual pain in a broader experience. I did not write an entry on my mother—I wrote for her 103 articles in 100 days. I was able to miss her without anger at least once a day for 100 days.
I do not feel I could start a second round of 100wikidays right now, as this was an especially deep experience for me. But as I told Spiritia: I will be back.
João Alexandre Peschanski, Wikimedian