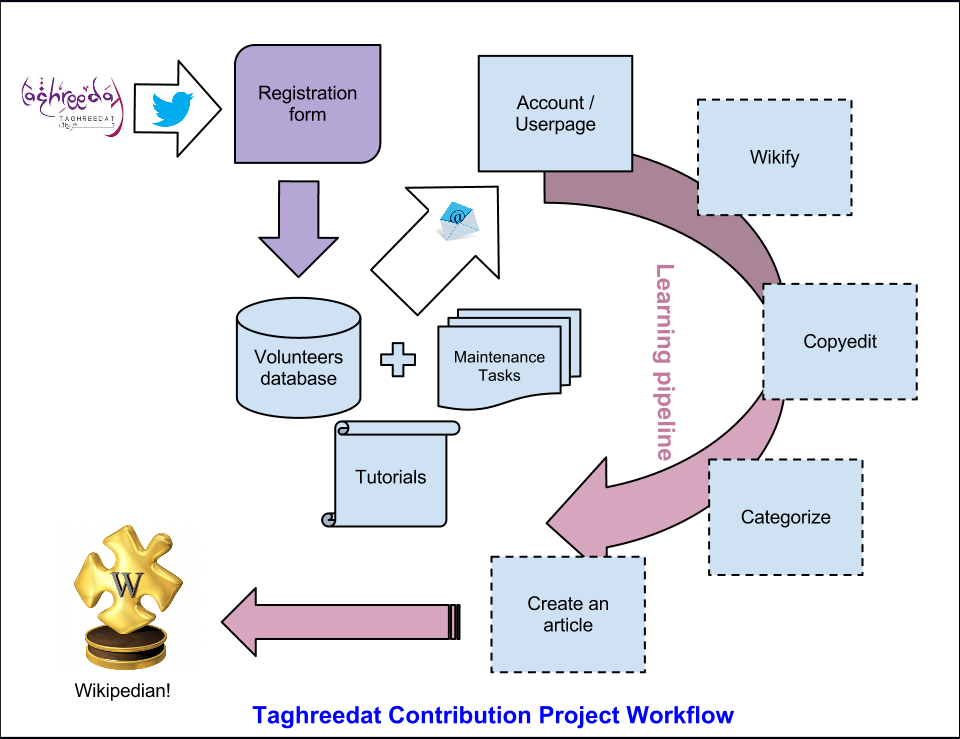 Workflow of the Taghreedat-Wikipedia editor project

Within the scope of the Wikimedia Foundation’s Editor Growth and Contribution Program, the Taghreedat[1]-Wikipedia Editors project was piloted on the Arabic Wikipedia over four months between 1st June and 30th September 2012. The key idea was to attract new editors from among the followers of Taghreedat’s Twitter account, provide them with the proper training via online means (e.g. mails, tweets) and guide them through the basic steps of editing Wikipedia by requesting them to perform simple tasks on Wikipedia.
This pilot project concluded in a full study report showing the following key learnings:

Total number of edits made by Taghreedat volunteers on Arabic Wikipedia, along with the daily average of edits in each stage of the program.

The figure on the right plots the total number of edits made by 745 users who registered in this program (around 695 of them did not have a Wikipedia account before), showing an increase from 629 edits made before the program started, to 3410 edits by the time the report was prepared. The major milestones which contributed to the increase in the number of edits can be noticed when users started registration, and when users responded to the tasks of creating their userpages, wikifying articles, and categorizing them. The figure also shows the average number of daily edits, remarkably increasing from 7.8 edits/day during the registration stage to 36.3 edits/day at later stages of the program. This demonstrates the effect of more users joining the program since it has started, and that they are doing more edits as they become more familiar with Wikipedia editing.
About 43% of these registered accounts didn’t make any edits during the pilot program. On the other hand, about 20% of the participants made more than 4 edits. Considering that each task requires about one edit, it appears that a considerable portion of the users made further contributions, beyond just performing the tasks given to them. 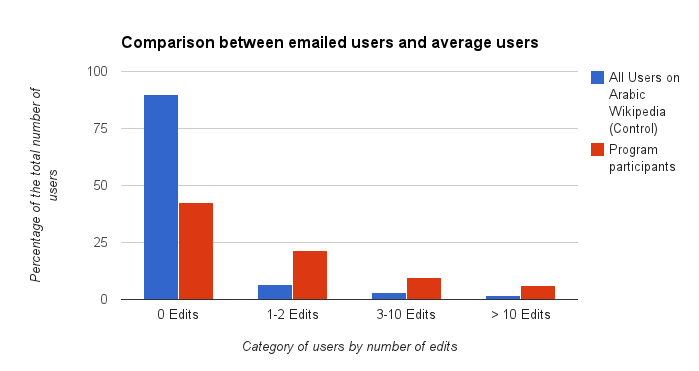