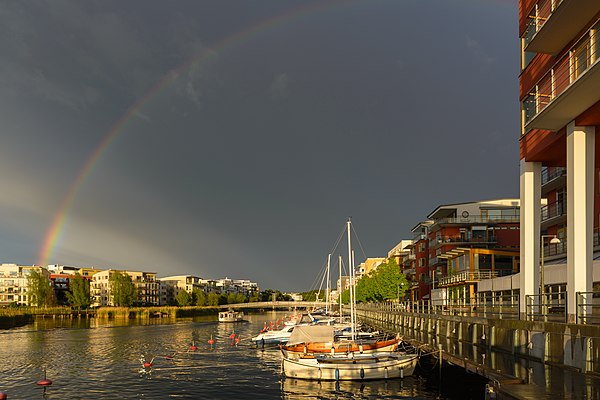 Many people have seen Arild Vågen’s (ArildV) photography and may not have known it. Vågen is a regular contributor to Wikimedia Commons and his photos have been used by newspapers, websites, authors and even the Svea Court of Appeal, all because he freely licenses the images and donates them to the database.
The photo above of the Sickla kaj is one of those beautiful images and has been selected as the Wikimedia Commons Picture of the Day for July 22, 2013. The image, Vågen explains, was taken as a storm passed his home in Stockholm. “It was a rainy day, but in the late evening the rain had stopped. I saw this beautiful light from my apartment, and went for a short walk with my camera to capture it,” he says.
Vågen’s photos have been featured numerous times on the Wikimedia Commons home page (and on the Wikimedia blog). They are the result of his good eye and talent, but some of Vågen’s favorite contributions to Commons have also been facilitated by Wikimedia Sweden’s Technology Pool.
In January 2013, the Swedish Wikimedia chapter created a collective “Technology Pool” to improve article quality and overall participation on the Wikimedia projects. The pool operates much like a public library, where users are able to check out pieces of equipment ranging from DSLRs, to video cameras, and sound equipment, completely free of charge. The only requirement is that the results are uploaded to Commons.
Vågen says that the Technology Pool is a major asset to Wikimedia Sweden. “Some technology might be too expensive for the regular person,” he notes, which can hinder participation in Commons. “Before, I just used simple compact cameras,” he says.
The Technology Pool has had a significant impact on the number of quality photographs, videos, and audio files uploaded to Wikimedia Commons, and subsequently, Wikipedia. It has facilitated coverage of important events, including interviews with Nobel Laureates, and the popular 2013 Eurovision Song Contest.

“Thanks to good equipment, there have been 3,171 pictures uploaded to Wikimedia Commons from our chapter, and around 20 percent are QI or ‘Quality Images,’ which is quite a high ratio,” says Vågen. “In May, we learned that there were more than 8 million page views for articles with these files.”
(To see more of Vågen’s images, visit his Commons userpage. To learn more about the Technology Pool, visit the chapter’s page here.)
Michael Guss, Communications Volunteer 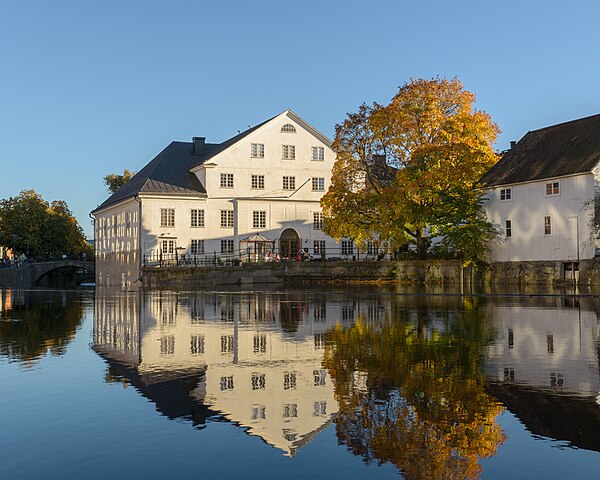 The old University mill on the Fyris River in central Uppsala, Commons POTD for July 14.