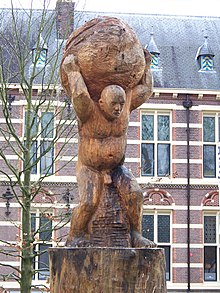 Since July 2013 Dimitar Dimitrov is Wikimedian in Brussels. In assorted blogposts he talks about his experiences vis-à-vis the EU.

Fundamentally shifting the copyright narrative is not a weekend job. Still, the effort that needs to be undertaken here is beyond that of a traditional lobbying campaign. Very few people (regardless of whether they’re civil servants, politicians or industry actors) can actually answer questions concerning intellectual property. Even fewer are able to grasp the complex and complicated interplay between cultural, social and economic changes that what we call “digitisation”. There is virtually no one who dares to express a coherent, future-oriented vision for copyright.
Well, not really no one. Us Wikimedians got the big vision. The idea of rich and sustainable knowledge commons. Making this idea part of the EU’s paradigm is what the Free Knowledge Advocacy Group EU has dedicated itself to. To give you a better picture of what our efforts look like, here’s a rundown of our activities in the past month.

We started participating in the EU Observatory on Infringements of Intellectual Property Rights. It is run by the European Commission. Your very first questions should be: What now? Where? Us? At least these were my initial thoughts. The Observatory was conceived as a place for EU civil servants and industry lobbyists to join forces and find a way to stop freeloaders and pirates. After massive criticism in the past year, they have now decided to open up and include civil society organisations. Apart from us, EDRi and the European Consumers’ Organisation were invited to the last plenary.
The Observatory commissioned a study that allegedly proves how indispensable and advantageous intellectual property is for the European economy. Our reaction was to remind the Commission that intellectual property does not come into being in an empty space, but always builds on top of our common cultural heritage, i.e. the public domain. After a chain of emails and conversations, the Observatory accepted our arguments and agreed to include a study on the “Contribution of Public Domain and Open Licensing to the European Economy” in its 2014 programme. We will keep up the pressure and also keep an eye on the study process.

The Directive on the Re-use of Public Sector Information aims to guarantee that information produced by public institutions is opened up to and re-usable by the general public. It was revised and extended this year in order to put more focus on Open Government Data. The problem here is, that many public institutions are honestly overwhelmed by the the subject matter and not sure what to do (To quote a ministry representative from a south-eastern Member State: “We have no idea what is expected from us. Can you please tell us what we’re supposed to do?”). Therefore, the Commission decided to stage two hearings and write up best-practice guidelines, helping institutions implement the Directive. We participated in the first hearing in Luxembourg together with representatives of the Open Knowledge Foundation and Creative Commons. Our basic points were to ask for free-of-charge access, unrestricted re-usability (i.e. no NC clauses) and the use of standard licensing, whenever possible.

“Even re-opening the Copyright Directive isn’t off limits.” This statement by Commissioner Michel Barnier (Internal Market and Services) at the start of Licenses for Europe dialogue last December sounded unrealistic. As it turns out, it might have very well been a shrewd tactical move by the Commission. The idea behind Licenses for Europe was to give the industry a chance to come up with “market-driven solutions.” These imagined solutions were supposed to tackle problems like access to digital products on what is supposed to be a single European market. Instead, we witnessed a year-long discussion circle fixated on the idea of creating additional fields for licensing. A new required permission for text and data mining was dreamt of and the absolute necessity of territorial licensing within the EU (i.e. for each member state separately) was emphasized whenever possible.
The whole process was so tedious and so void of any actual answers, that this November, at the closing plenary in Brussels, even Barnier had to conclude that “markets cannot resolve all problems. I am not satisfied with the results and the current situation.” Such clear statements by a Commissioner for the Internal Market are rather rare in rooms full of industry lobbyists. In the middle of November a new consultation on copyright already seemed palpable. We were just hoping for broad topics and meaningful questions.

And so it was Sinterklaas who came bearing good news. In the newly started consultation the Commission is – and this is a rare concept in Brussels – asking the right questions. Thirty-six pages full of copyright term length, new limitations or even an opt-in system. Suddenly nothing seems as impossible as it did even two weeks ago. The “re-opening the Copyright Directive” we heard of last year is no longer a taboo topic in the pubs surrounding Place du Luxembourg, the lively Brussels square in front of the European Parliament. And it would be exactly this document that could be pivotal in solving some of our key issues – Freedom of Panorama and Government Works in the Public Domain.
Don’t get me wrong, it will be a tough one. It’s a long, rocky uphill road. A Commission consultation is usually only the first step of a slow process filled with countless, painfully repetitive procedures. We will need to stay on top and keep pushing our point of view. Let’s rock and roll!
Dimitar Dimitrov, Wikimedian in Brussels