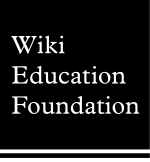 Frank Schulenburg named executive director of the new Wiki Education Foundation, which supports Wikipedia courses in the US and Canada

The Wikipedia Education Program, where university students contribute to Wikipedia as a course assignment, began in 2010 as a pilot project run by the Wikimedia Foundation (the “Public Policy Initiative” which focused on the subject of US public policy). Since then, the program has expanded worldwide. In the United States and Canada alone, more than 6,000 students have contributed to Wikipedia as part of the program, adding the equivalent of 36,600 printed pages to Wikipedia and significantly increasing the amount of high-quality content. 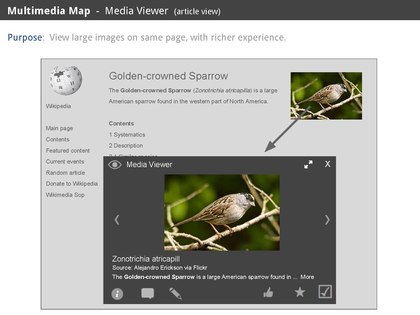 The Multimedia Team invited community members to test a beta version of Media Viewer, a new tool for viewing images and other multimedia content. Currently, when a reader clicks on a thumbnail in an article, they are taken to a separate page showing the image in medium size, surrounded by a lot of text information which can be confusing. Media Viewer shows images in a larger size, as an overlay on the current page.

At the end of February, when the invitation was made, over 12,000 beta testers had already activated Media Viewer as part of the Beta Features program. The rollout of Media Viewer to the first wikis was scheduled for April.

The Wikimedia Foundation’s Legal Department is drafting a proposed amendment to the Terms of Use to address further undisclosed paid editing. Contributing to the Wikimedia projects to serve the interests of a paying client while concealing the paid affiliation has led to situations that the community considers problematic. The LCA team published a draft for a community discussion. The discussion received significant response, and continued through March 21, 2014.

The department also announced the conclusion of the community consultations about the new Privacy Policy (after discussions that lasted over 8 months), together with the accompanying Data retention guidelines, and the Access to Nonpublic Information Policy, whose consultation lasted over 5 months. These policies will be reviewed by the Board in April 2014. 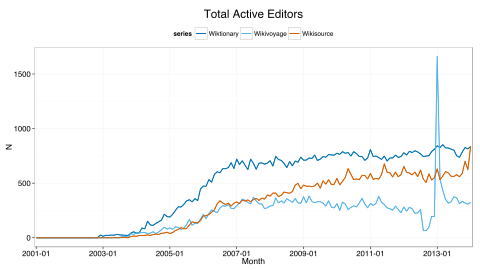 (Financial information is only available through January 2014 at the time of this report.)

All financial information presented is for the Month-To-Date and Year-To-Date January 31, 2014.

Video of the monthly Wikimedia Foundation metrics and activities meeting covering the month of February (March 6, 2014) 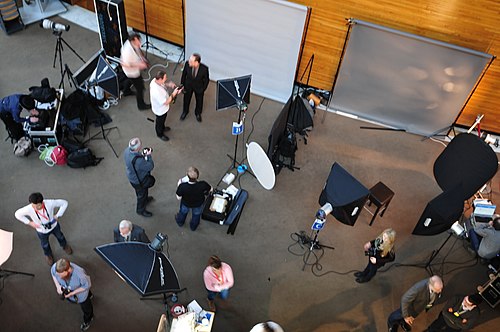 Wikimedians and politicians at the photo stations in the European Parliament

The logo of “Wiki loves parliaments”

In a project called Wiki Loves Parliaments, 50 Wikimedians from nine countries visited the European Parliament during four days in February. They took photographs of 319 of the parliament’s 764 members, in addition to some members of the EU commission. The project was financially supported by the Wikimedia Foundation and several regional chapters. It built on similar activities that have been conducted at German and Austrian state parliaments since 2009.

The “Open up!” video

Wikimedia Germany has produced a promotional video that intends to motivate GLAM institutions to open up their digital collections for reuse. It was shot at a GLAM conference in Berlin, and is titled “Den Zugang öffnen” (“open up the access”). The chapter intends to provide a version with English subtitles so that others can use it in their work too.

On February 1, “Art+Feminism” editathons took place at around 30 locations in North America, Europe and Australia. Motivated by Wikipedia’s gender gap, participants worked to improve coverage of women and the arts on Wikipedia. It is estimated that the event was attended by 600 people, who together created at least 101 new articles and improved at least 90 existing ones. 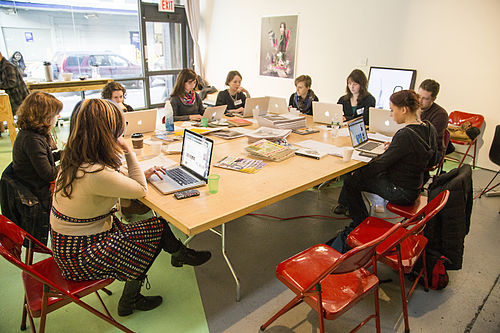