The Wikimedia Labs platform enables volunteers to host software tools to support the community’s work, and to get involved in the technical operations of Wikimedia servers. As part of the Foundation’s ongoing work to reduce reliance on the old data center in Tampa, Florida (USA), Labs was moved to the new data center in Ashburn, Virginia in April, completing several months of work by WMF staff and by volunteers who operate Labs projects. Among the advantages is the switch to a new file system (NFS) which is much more reliable that the one used used for Labs in the old data center (GlusterFS, which had caused most of the Labs failures and downtime in the preceding months). Also, in the new data center, many Labs projects are now using the internal Labs web proxy, which provides several benefits including HTTPS access and increased user data privacy. The Toolserver, the predecessor of the “Tool Labs” part of Wikimedia Labs, is planned to shut down on June 30.

The Foundation’s multimedia team released Media Viewer v0.2 on 14 pilot sites in April, in preparation for a wider deployment in May. The overall response was favorable, and a growing majority of survey respondents was finding this new multimedia browser useful. The team also developed a set of metrics dashboards to track how often MediaViewer and its various features are used, and how fast it performs over the Internet, as well as local metrics dashboards for selected sites: first results showed a decline in image load time, and suggest that Media Viewer loads faster than the old file description pages. 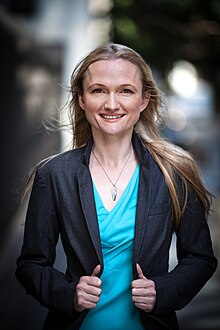 In April, preparations took place to welcome the Foundation’s incoming executive director Lila Tretikov, who was announced on May 1. She will succeed Sue Gardner on June 1, who will move into a new role as special adviser. Lila Tretikov was born in the Soviet Union and moved to the United States as a teenager. She has been working for technology companies, primarily in open source, in the San Francisco Bay Area for the past 15 years, most recently at SugarCRM.

495 million (+4.44% compared with February; -4.33% compared with the previous year)
(comScore data for all Wikimedia Foundation projects; comScore will release April data later in May)

(Financial information is only available through March 2014 at the time of this report.)

All financial information presented is for the Month-To-Date and Year-To-Date March 31, 2014. 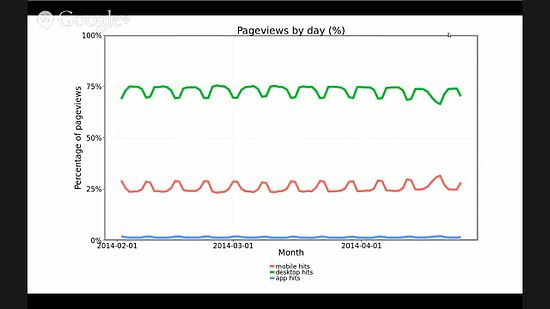 Video of the monthly Wikimedia Foundation metrics and activities meeting covering the month of April (May 1, 2014) 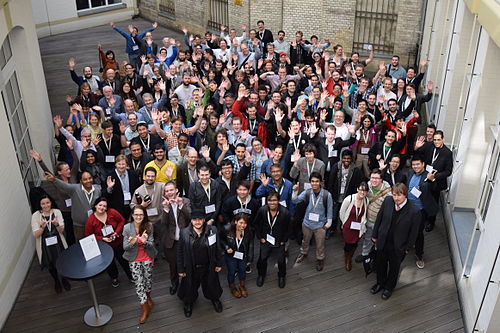 Group photo of participants at the Wikimedia Conference 2014

the success of program activities in the movement.

Slides from a talk about Cynthia Ashley-Nelson, given during the Wikimedia Conference 2014 shortly after her death

Adrianne Wadewitz (User:Wadewitz) began editing Wikipedia in 2004, reaching over 50,000 edits. She was known as a scholar who advocated the use of Wikipedia in education and helped to pioneer the approach of letting students contribute to Wikipedia as part of their courses (today the Wikipedia Education Program). Her work to overcome Wikipedia’s gender gap earned her wide recognition.

Cynthia Ashley-Nelson (User:Cindamuse) began editing Wikipedia in 2007, reaching over 33,000 edits. She participated in the Volunteer Response Team (OTRS) and was a moderator of the gender-gap mailing list. She passed away at the Wikimedia Conference in Berlin where she had just been elected vice-chair of the Affiliations Committee.

On April 14, the Wiki Education Foundation announced that it had received a $1.39 million grant from the Stanton Foundation. The grant covers the first year of a three-year funding period, and supports improvements in the education program in the US and Canada, as well as additional programs to improve underdeveloped content areas on Wikipedia.