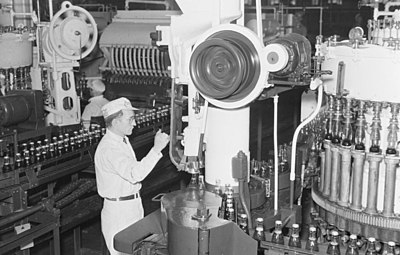 Freelance photographer Conrad Poirier (1921-1968) sold his photographs to various newspapers and magazines including The Montreal Gazette, La Patrie and La Presse. A follower of the “new vision” (Nouvelle Vision, a photographic movement in the first half of the 20th century), he did social photography early on. He was interested in the working world, in street life and in popular events. Poirier’s work shows the developement of Montreal through historical photographs, and more widely the province of Quebec, Canada. With more than 20,000 photographs, the collection includes photographs taken between 1932 and 1960, which show the evolution of the Quebec metropolis – especially during the 1930s and 1940s. More broadly, the work of Poirier reflects the social changes underway in Quebec in the middle of the last century.

To date, approximately 700 photographs have been uploaded to Wikimedia Commons. In the coming months, an equivalent number of photographs will be added to the selection.

This collaboration between a GLAM institution and Wikimedia is a first in Canada.

Visit the BAnQ GLAM page on the English Wikipedia and the Category:BAnQ-Projet Poirier on Commons.

Thank you to the archives diffusion team of BAnQ Vieux-Montréal.