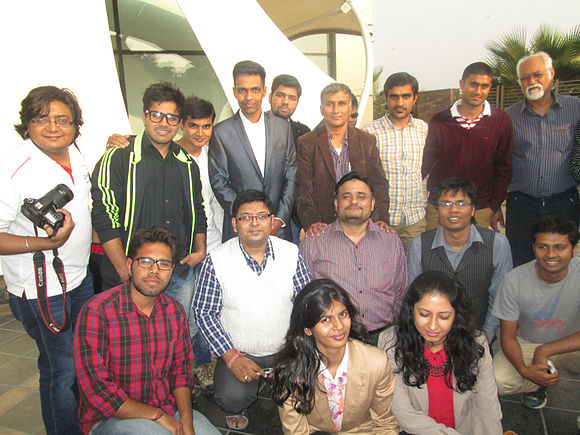 Hindi Wikipedians met to discuss a conference (‘sammelan’) in Delhi, to bring together editors dispersed across India. Photo by Muzammiluddin, free licensed under CC-BY-SA 4.0.

Unlike other Indian regional language Wikipedias, the Hindi Wikipedia has a very special set of characteristics. Its contributors are geographically dispersed across the country, with practically no face-to-face interaction. There have only been a handful of workshops for Hindi Wikipedia. And a disturbing trend for the Hindi Wikipedia is, except for a few dedicated contributors, the editors keep changing frequently. However, the number of editors, articles and overall edits on Hindi Wiki has exceeded all other Indian language Wikipedias. Therefore, as a precursor to the Hindi Sammelan, efforts were initiated to hold a Hindi Sammelan Meetup with a few dedicated editors as well as individuals concerned about the growth of the Hindi Wikipedia. At the Wikimedia Foundation, Asaf Bartov supported this initiative and said on the Hindi Wiki Sammelan Project Page: “We at the Wikimedia Foundation are eager to provide the resources to make this event possible.” 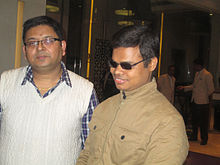 In line with this objective, a Hindi Wiki Sammelan Meetup was organized in Delhi on February 14-15, 2015. The event was attended by 15 people, including three administrators of the Hindi Wikipedia: Ashish Bhatnagar, Aniruddha Kumar and Sanjeev Kumar. Also present were two reviewers: Piyush Maurya and myself. The event was supported by the Centre for Internet and Society and was coordinated by Abhishek Suryawanshi.

During our discussions, we decided that before planning a pan-India Hindi Wiki Sammelan, we would work on a Wiki Sammelan in Delhi this year. Participants also reviewed the idea of holding outreach programs in a number of colleges and universities. Here are some of the suggestions which were endorsed:

If this initial meetup is successful in focusing our efforts to promote the Hindi Wikipedia, we hope that the proposed Wiki Sammelan events (both at the local level in Delhi and at the national level with as well as the actual Hindi Wiki Sammelan) can support the future growth and development of Hindi Wikipedia. We also hope these events can serve as a model for building a coordinated approach between other wiki communities that are geographically dispersed.