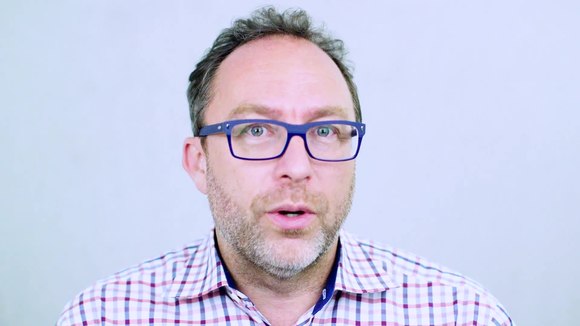 Wikipedia meetups happen all around the world and are an easy way to learn how to edit the encyclopedia. To learn more, watch this short video presented by Wikipedia founder Jimmy Wales, then follow this link to find a meetup near you. You can also view the above video on YouTube and Vimeo. Video by Victor Grigas, CC-BY-SA-3.0.

Have you ever been interested in editing Wikipedia? Maybe you had a question and didn’t know where to ask? Wikipedia meetups are an easy way to learn how to edit. Experienced Wikipedians will be on hand to help you navigate the site, get oriented, and learn best practices. They can show you how to get it right the first time, instead of by trial and error. This video and companion FAQ help explain what a meetup is and how to find one near you—regardless of your expertise.

What is a Wikipedia meetup?

Wikipedia meetups social events centered around Wikipedia or one of its sister projects. They happen in real life with real humans and can be large affairs, sponsored and hosted by universities, or smaller informal meetings held in a cafe down the street. They can be loosely themed or focused on a specific topic or article. Anyone is welcome to attend, and often people who are new to Wikipedia can learn how edit the encyclopedia by learning from experienced editors in person. These events happen in cities and towns all around the world. You can find a meetup happening near you by clicking the link above — you may also find other meetups tailored to other languages and regions by clicking the languages on the lower right side of the page.

You can also browse a list of meetups browse by country.

What is an edit-a-thon?

Wikipedia defines an edit-a-thon as:

Edit-a-thons are often hosted in institutions such as libraries (that might relate to a theme of the edit-a-thon), so that Wikipedia editors have greater access to research materials.

What is a hackathon?

Another form of the meetup is the “hackathon”. The hackathon brings people together in a social setting to develop and discuss technical aspects of the Wikimedia projects: tools, scripts, extensions, and the basic MediaWiki software that makes Wikipedia possible. The concept of the hackathon predates the Wikimedia movement; tech companies have held social hacking events since at least 1999. The most recent Wikimedia hackathon was held in Lyon, France, in May 2015.

How did Wikimedia meetups come about?

A woman in India explains how she learned how to edit Wikipedia, and write about the Kanchipuram sari after attending a ‘WikiMeetup’. Video by Victor Grigas, CC-BY-SA-3.0.

Wikimedians have been meeting up IRL (“in real life”) since at least 2003, in the early days of the movement, but these meetings were mostly a chance for experienced editors to get to know each other and share stories. The idea of meetups centred around editing Wikipedia is also almost as old as the site itself but needed some impetus to come to life. Wikimedians have long had a desire for more and better partnerships with other cultural institutions that focus on knowledge; holding events in these institutions where both experienced editors and members of the public could create content was a natural fit.

In 2009, several Australian editors partnered with the Powerhouse Museum in Sydney in what is considered one of the first meetups with a focus on editing and an institution’s holdings. The term “edit-a-thon” didn’t take hold until an event at the British Library in 2011, sometimes called the first “official” edit-a-thon. These events were instrumental in the emergence of the GLAM (Galleries, Libraries, Archives and Museums) movement. The institutions saw the events as beneficial in many ways – they helped bring their collections to wider audience, they engaged local people, and they helped institution staff learn important online content curation skills. This synergy has led to ongoing image and content donation partnerships with GLAMs large and small.

In 2014 and early 2015, thanks to an ambitious plan by Arts + Feminism, hundreds of events were held in libraries, community centers, coffee shops and schools, in towns and cities mainly across North America and Europe. Rather than partnering with a single institution, the Arts + Feminism events took on a more ambitious task – helping improve gender diversity in the Wikimedia movement. The popularity of these events helped to bring the notion of ‘the edit-a-thon’ generally to the mainstream.

How do I host an edit-a-thon?

Over the years, Wikimedians have shared their advice on what makes an editathon work. See these pages on English Wikipedia and the Outreach wiki about how to host an edit-a-thon.

How effective are edit-a-thons?

The history of the edit-a-thon has not been without controversy. Early proponents of the idea hoped that edit-a-thon would be a strong editor recruitment tool, but data suggests that this is not the case. Some criticized the cost of events when they failed to create large numbers of new, high-volume editors.

However, feedback from edit-a-thon participants revealed benefits beyond the raw numbers. Attendees enjoyed the social aspects of the events and being able to speak directly to more experienced editors about rules and policies. The events helped editors better navigate the steep learning curve involved in editing. Holding events at GLAM institutions helped connect editors with reliable sources, as well as giving their staff valuable insight into how Wikimedia works.

On the topic of whether edit-a-thons are effective tools for recruiting high-activity editors, the Arts + Feminism team considered a different perspective: “We are critical of the notion that the goal of all outreach is the search for elite level editors. The health of any organism is improved by diversity. Wikipedia is no doubt improved by the participation of lots of different kinds of editors with a variety of subject area knowledge. We would argue that there are many more reasons to hold in-person meet ups, to create community and raise political consciousness.”

From humble and organic beginnings, edit-a-thons have become an established part of the Wikimedia movement. While they aren’t an instant solution to Wikimedia’s long-term editor retention problem, they offer a new avenue for people from diverse backgrounds to engage with our content. They can help build relationships with knowledge institutions, and—perhaps most importantly—start the collaborative friendships that make contributing to the projects a rewarding pastime.

Images and videos of past meetups are available on the Wikimedia Commons.