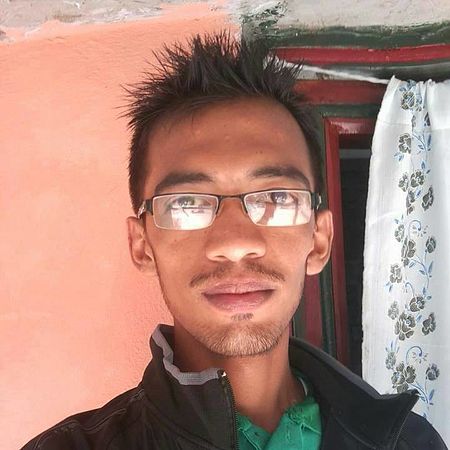 Ramesh Singh Bohara. Photo by Janak Bhatta, freely licensed under CC BY-SA 4.0.
Little over a year back, three Wikipedians from Nepal (Janak Bhatta, Ram Prasad Joshi and Ramesh Singh Bohara) resolved to start a Doteli Wikipedia for a language of about 800,000 speakers in the Far Western and Mid-western regions of Nepal. It is also spoken in northern part of the India, especially in Kumaon, with the Kumaoni language being very similar to Doteli.
A cursory analysis of the Doteli incubator project reveals that it now has over 1000 articles, thus meeting one of the perquisite threshold norms for starting any Wikipedia. There are eight active editors, and the project has more than 3600 revisions. The Request for Doteli Wikipedia Project has received wide support on Meta. Further, support for Doteli language was also added on Translatewiki. As the project steadily progresses from its testing stage to a maturing stage, we interviewed some of the active Doteli Wikipedians—including Bhatta and Joshi, along with Biplab Anand. Anand played a key role in creating the Maithili Wikipedia project from its start in the incubator.
According to Joshi, the Doteli Wikipedia has tremendous potential of attracting a growing community of users, as there is a large population of Doteli speakers in both Nepal and India. He particularly quoted some of the Doteli-speaking active users of the Hindi Wikipedia who could help in furthering the growth of Doteli Wikipedia. Bhatta is optimistic about getting the support from academic circles in Nepal as well as in Kumaon division of India. 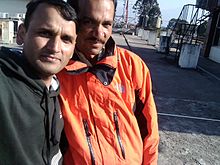 They are planning to promote and popularize the new Wikipedia through FM radio, educational institutions, and newspapers like Chinari and Om Sri, in additional to websites and blogs. FM radio stations in particular are playing an active and important role in promoting the Doteli language, culture, heritage, and mass communication.
At the present time, the Doteli Wikipedia attracts mainly articles on areas such as geography, biographies, culture and history, although the users are aiming to include articles on many other topics as well. Many festivals specific to the Far-Western region have been effectively showcased in the incubator project, including Bisu praba, Olke sankranti, Budhi polne praba, Gaura praba and Maghesankranti. The project also gives a vivid account of some of places of tourist interest such as Mount Api, Shaipal, Khaptad, Badimalika, Ramaroshan lake, Ghodaghodi Lake, Patal bhumeshwor, and the Shuklaphanta Wildlife Reserve.
On the Doteli Wikipedia’s future plans, Bhatta emphasized that during the first year of this incubator project, the main focus was individual content contribution and evolving a small but dedicated group of editors. But as time progresses, he hopes to start different strategies of attracting more editors, like telephone conversations, online chatting, outreach events, informal meetings, education programmes, online blogging, and social media. The Doteli Wikipedia Facebook group is currently administered by Bohara, has a membership of more than 1100, and aims to promote Doteli Wikipedia along with various other facets of Doteli language and culture.
Joshi favours popularizing the “incubator project concept” so that users can easily find their native incubator Wikipedia and be part of the project, as is the current case with Doteli. On the other hand, Biplab favors a collaborative effort where users of one Wikimedia project could proactively work for another emerging project. Thus, the respondents are highly optimistic of getting the project out of incubator and ensuring its growth and development in the near future.
Syed Muzammiluddin
Wikimedian