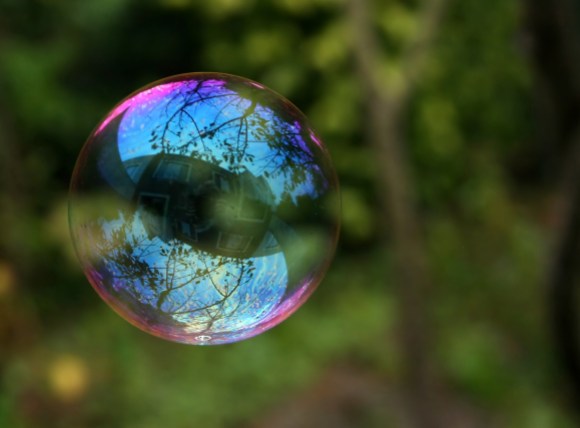 The Wikimedia Foundation and others filed this new amicus brief in support of Twitter’s case against the Department of Justice regarding national security requests. Photo by TheBrockenInaGlory, edited by Alvesgaspar, freely licensed under CC BY-SA 3.0.
Last year, the Wikimedia Foundation, along with Automattic, Medium, CloudFlare, Sonic, and Wickr, filed an amicus brief supporting Twitter’s lawsuit against the United States Department of Justice (DOJ) regarding national security requests.
In 2014, Twitter filed a lawsuit against the DOJ in order to establish that it had the right to publish more detailed information about the national security requests it receives from the government. Prior to the filing of the lawsuit, the DOJ restricted Twitter and other organizations to reporting the number of requests received and user accounts affected within broad ranges, rather than in precise numbers. For example, companies were permitted to report the number of national security letters (NSLs) received in bands of 1,000, such as 0-999, meaning that an organization that received zero NSLs was arguably required to report in the same band as one that received 999 NSLs. Additionally, it was unclear at that time whether it was permissible for a company to report, if true, that it had received zero requests under the authorized reporting ranges.
Accurately and meaningfully reporting on these kinds of requests is crucial. Without such transparency, companies cannot provide the public clear information about the volume of governmental legal processes such as national security requests. Additionally, this large-range reporting framework does not provide a way for entities receiving few or zero requests to portray meaningfully accurate information about the volume of requests they receive, or the lack thereof.
On June 2, 2015, Congress enacted the USA Freedom Act (USAFA), which amended the relevant sections of the United States Code upon which Twitter had based its original claims, and established new mechanisms for reporting the numbers of national security requests received, including narrower ranges and a greater number of options for reporting than the previous framework. As a result, Twitter amended its complaint, primarily seeking to ascertain the extent to which companies have a First Amendment right to report precise aggregate data about national security requests.
Subsequently, the government filed a motion to dismiss Twitter’s amended complaint, arguing, in part, that the Foreign Intelligence Surveillance Court (FISC) should hear the case, not the United States District Court.
On February 5, 2016, the Wikimedia Foundation and our co-signers filed a new amicus brief in support of Twitter’s claims. The co-signers for this brief include Automattic, CloudFlare, CREDO Mobile, Mapbox, Medium, Reddit, and the Wickr Foundation. As the brief asserts:

This question is crucial for all companies seeking to provide accurate, useful information to their users in the aftermath of momentous public disclosures about government surveillance that have undermined user trust in online services.

We believe that there is no legal or policy basis for the government to prohibit national security request recipients from reporting accurate information regarding requests. We hope the court will find that it can hear the case on the merits, allowing for open and public proceedings, unlike those of the FISC to which the government argues it should defer. Further, in considering the merits, we hope the court finds that the First Amendment provides a constitutional basis for the right to report more detailed information regarding national security requests, including information that zero requests were received. This holding would increase transparency regarding governmental legal processes.
Anisha Mangalick, Legal Fellow
Aeryn Palmer, Legal Counsel
* Special thanks to Marcia Hofmann for leading the drafting of this amicus brief.