This is the second of three posts on the 2015 European Science Photo Competition. We published the first in December 2015 and the third in March 2016.

The 2015 European Science Photo Competition saw 9793 files uploaded from 2201 authors from 40 countries. Naturally, many of them didn’t make it into the final, but there were lot of great shots besides the 328 submissions (384 separate images[1]) that went on to compete for first place.
All of the files in this competition were freely licensed under CC BY-SA 4.0, including the following: 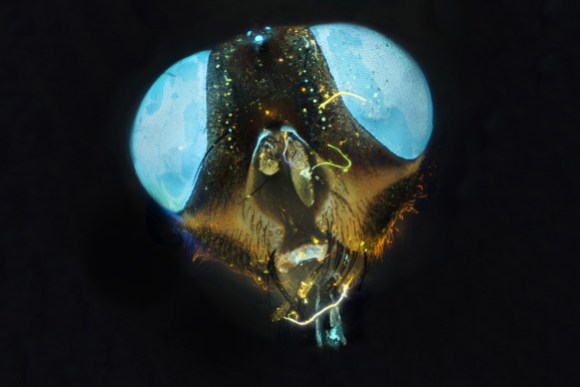 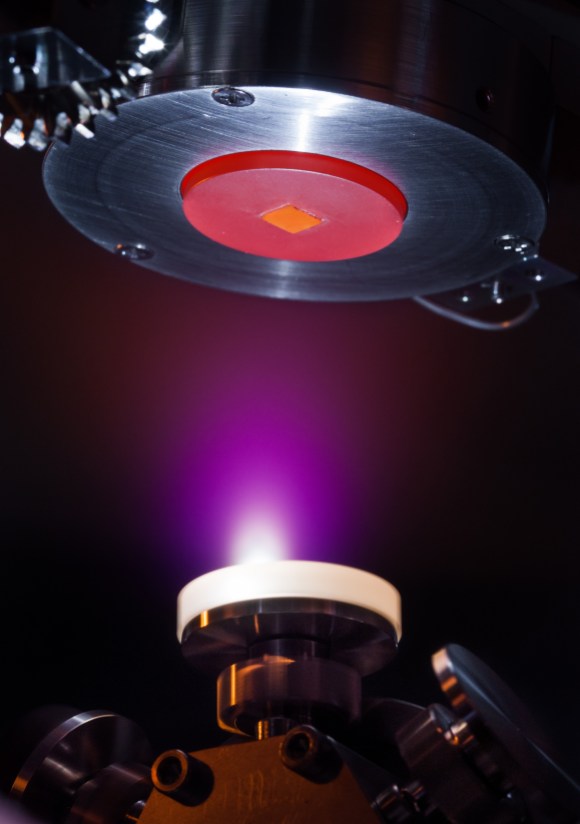 Thin films of oxides are deposited with atomic layer precision using pulsed laser deposition. A high-intensity pulsed laser is shooting onto the rotating white target consisting of Al2O3 (alumina). The laser pulse creates a plasma explosion visible as the purple cloud. The plasma cloud expands towards the square substrate, consisting of SrTiO3, where it deposits thin layers of alumina, one atomic layer at a time. This results in a conducting interface between the two materials which are otherwise insulating. The substrate is mounted on a heating plate, glowing red from a temperature of 650 °C, to improve the crystallinity of the alumina thin film. Photo by Adam Andersen Læssøe, Denmark. 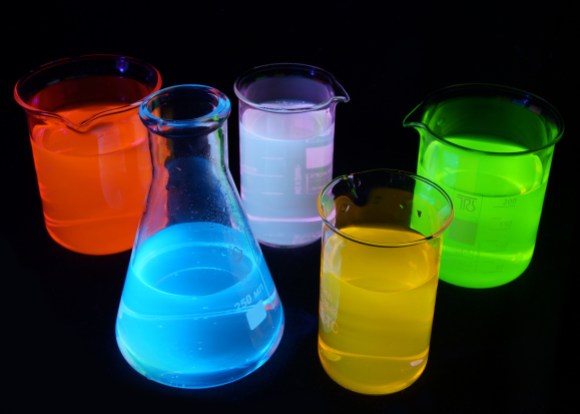 In this picture you can see fluorescence of different substances under UV light. Green is a fluorescein, red is rhodamine B, yellow is rhodamine 6G, blue is quinine, purple is mixture of quinine and rhodamine 6G. Solutions are about 0,001% concentration in water. Photo by Maxim Bilovitskiy, Estonia. 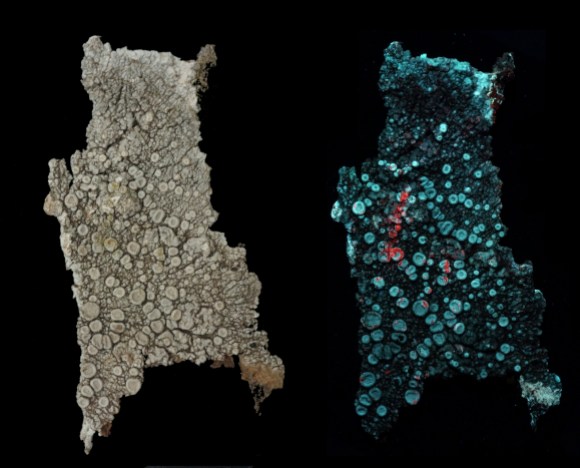 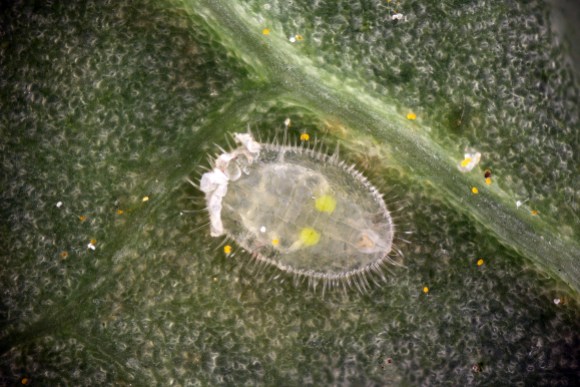 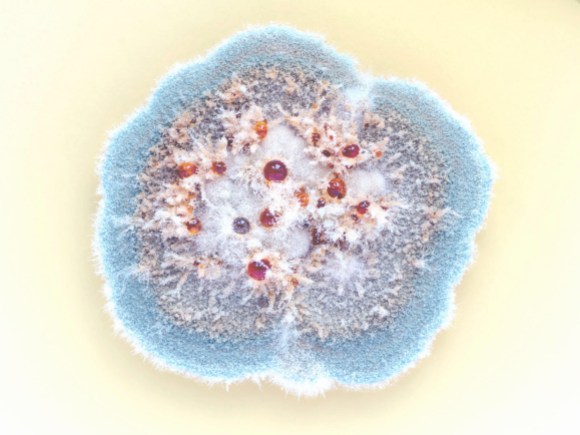 A colony of Penicillium sp. in Petri dish. Photo by Milo Manica, Italy. 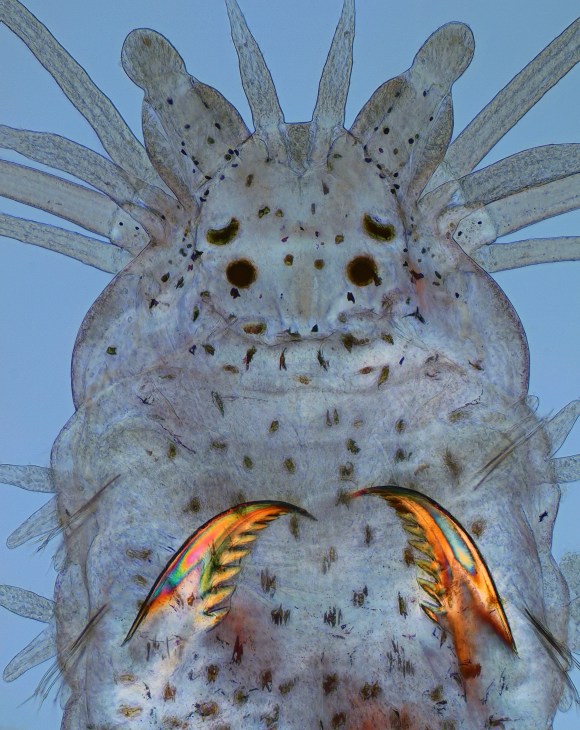 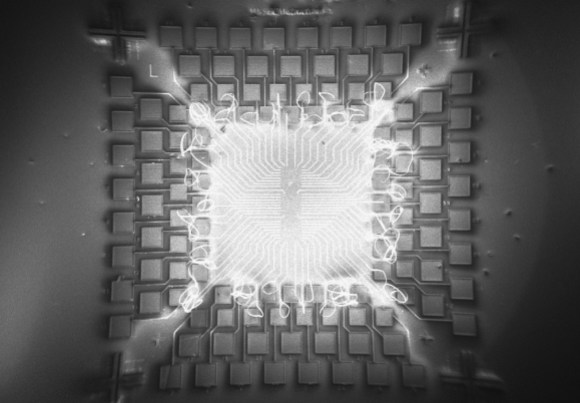 SEM image of carbon nanotube based field-effect transistor in fabrication. Image obtained during one of the fabrication steps, after hydrofluoric acid wet etching and SF6 based inductively coupled plasma dry etching steps. Glowing structures in the middle are charged photoresist residues. In this chip design each square test pad represents transistor’s source or drain electrodes, across which single-walled carbon nanotube will be suspended during the subsequent fabrication stages. Scale: the width of the outermost square test pads is 150 micrometers. SEM image and fabrication by Aidar Kemelbay (NLA, Nazarbayev University, Kazakhstan), with the help of Dr. Emine Cagin (NTB Buchs, Switzerland). 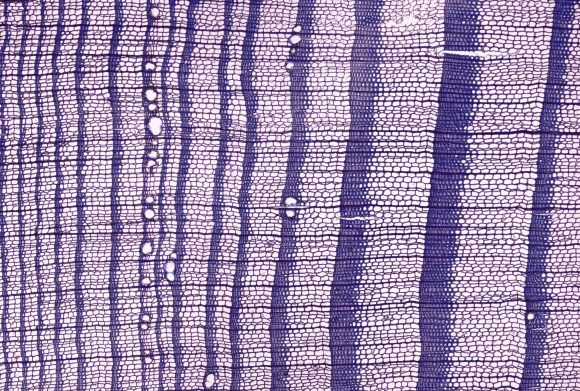 Cross section of Larix gmelinii, growing in the north of Siberia. Photo by Maria Tabakova, Russia. 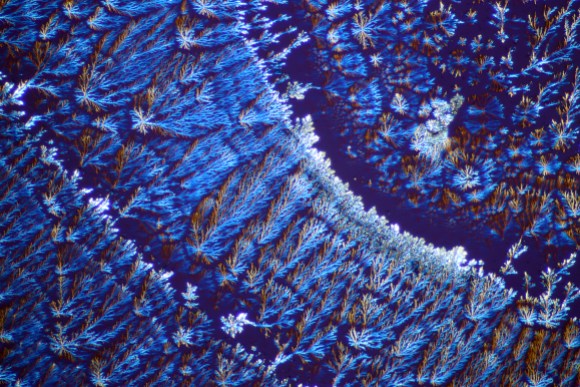 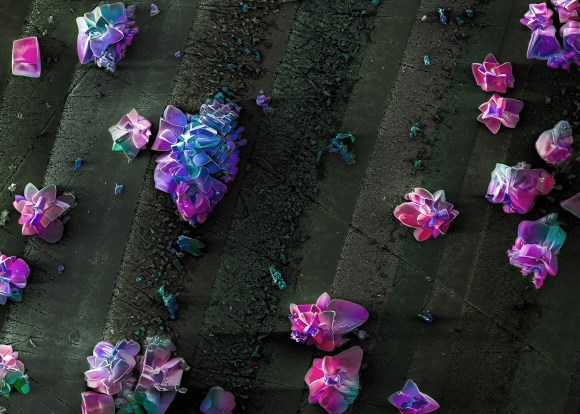 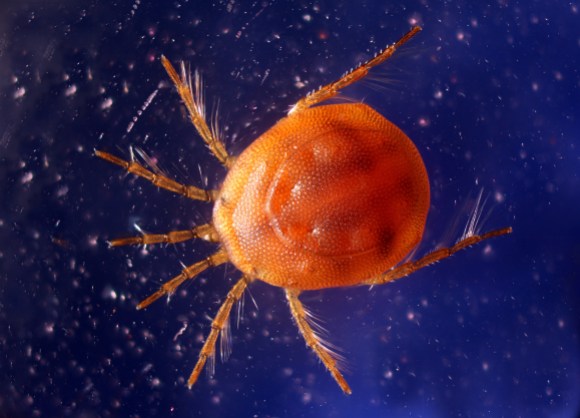