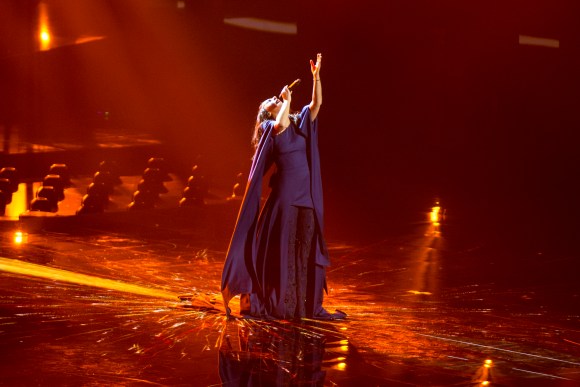 Jamala of Ukraine, the eventual winner with “1944.” The photo was one of more than one hundred
captured by Albin Olsson during Jamala’s performance, although he only uploaded
six of the best. Photo by Albin Olsson, CC BY-SA 4.0.

At Eurovision, the dazzling international music contest that annually rocks much of the world, credentialed photographers jockey for space, providing copyrighted photos to the Associated Press, Agence France-Presse, Getty Images, and more.
For three of the past four years, Albin Olsson has been right there with them, capturing dramatic images of singers from around the world. But Olsson is credentialed by Wikimedia Sweden, his photos’ destination is Wikimedia Commons, and they’re freely licensed—anyone can use them, for any purpose, as long as they give Olsson credit and share them under the same stipulation.
This year’s Eurovision was held in Stockholm, Sweden with over 200 million people from around the world watching; the winner was Jamala of Ukraine, with the song “1944.” The contest was started by the European Broadcasting Unions a way of bringing war-torn countries together around a “light entertainment program.” To this day, many of the contest’s participants come from union members. To compete, these artists have to sing an original song to a live audience; they typically go through a national selection process to be nominated. At the contest itself, countries are allowed to vote for any singer except their own; the one with the most points is named the winner.  Past contestant-winners have included ABBA, one of the most successful bands of all time, and Celine Dion.
On Wikipedia, the second screen effect was again apparent: over six million people came to Wikipedia to read about this year’s contest, including nearly 1.8 million in Russian and 1.4 million in English. Another one million came to view the article on Jamala, the winner of the contest over Australia and Russia (which placed in second and third, respectively). 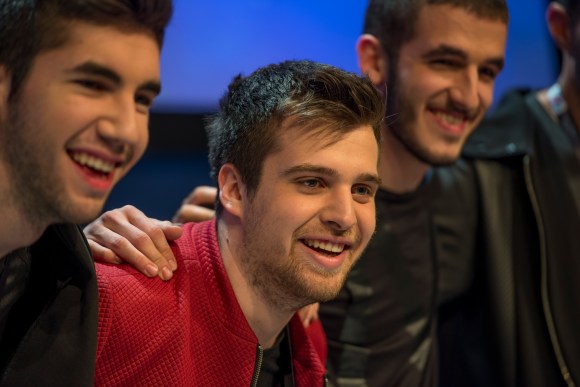 We spoke with Olsson about his remarkable photographs, all of which can be used by anyone, anywhere. He told us that he got the idea for the project when Eurovision was coming to Sweden in 2013 and he could not find many freely licensed images of previous events. “Many people turn to Wikipedia to find information about [Eurovision], and there are articles in so many languages about every year’s contest, the artists, and the songs,” he said—”but there were not many photos. Almost none.”
To change this, Olsson applied for and received press accreditation for both that event and Eurovision 2014, which was held in nearby Denmark. Wikimedia Austria continued Olsson’s project in 2015.
As Sweden won Eurovision 2015, the contest returned to Olsson’s home country in 2016, giving him the chance to cover it for a third time. This was, however, not a sure thing. As Olsson recounted to us: “I applied for an accreditation again, but my application was denied. I tried to make them change their minds, but it was hard to contact the right people. … When I had almost given up hope, I got an email on Wednesday morning, 27 April, saying that my application was approved. The following Sunday I took the train to Stockholm and uploaded the first photos on Monday.”
We asked what photos were his favorites. Olsson could not pick just one, but he singled out those where he was able to capture people laughing—photos where “you can look at the photos and feel the genuine joy.” He also pointed at his photos of Justs, the entry from Latvia (and the third photo below).
Will Olsson attend a future Eurovision? “Maybe. This year I came to a point where I felt ‘I am never doing this again,’ but I know that I will probably change my mind in about six months or so. It takes a lot of time and energy but is really fun. When I started the project, I wanted Wikipedians in other countries to continue my project, so I hope some Ukrainians will take great photos next year.”
“But who knows? Maybe I’ll join them in Ukraine.”
Check out more fantastic photos from Eurovision 2016 with Albin Olsson below and on Wikimedia Commons. 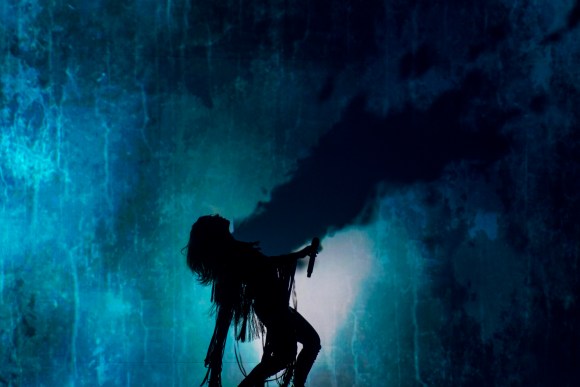 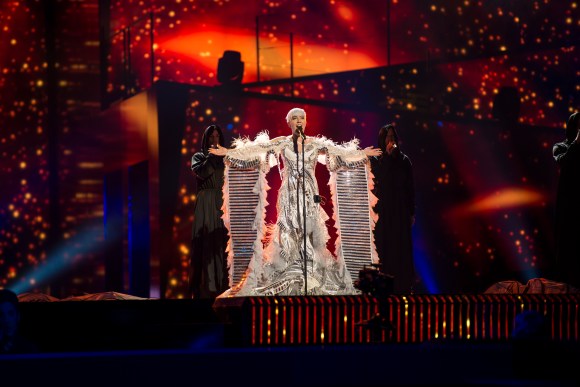 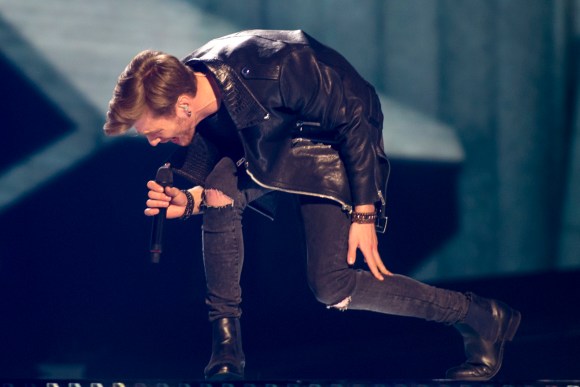 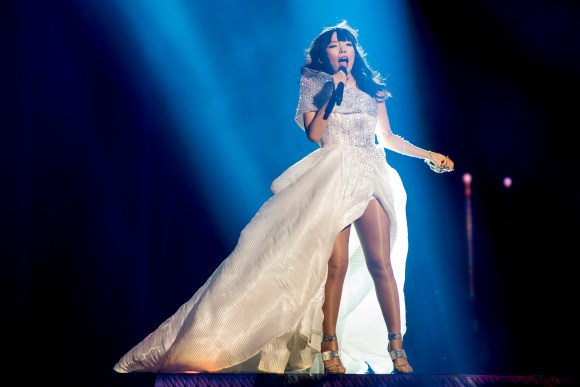 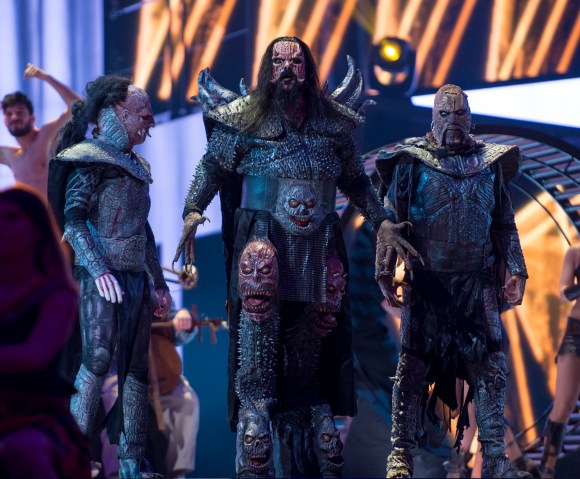 Lordi, part of the interval act during the final. Photo by Albin Olsson, CC BY-SA 4.0.