Wikipedia editors will be updating articles on Emmy categories and nominees in real time, from Game of Thrones and Mr. Robot to Sherlock. You can watch the 68th Primetime Emmy Awards with them this Sunday to get the full rundown on your favorite programs, ad-free and in real-time.
CAWylie, a Wikipedian who edits many Emmy-related articles, says that Wikipedians have a formula for updating quickly and accurately. “The main advantage Wikipedia has in updating current events is it seems more streamlined. Usually we have templates in place wherein the nominees are already listed, so updating it live is simply a formatting move or boldfacing the winner.”
That means that if a show you haven’t watched yet or a person you haven’t seen before wins, you’ll be able to jump on a second screen to a Wikipedia article and learn about them, even as they’re being edited.
You can find almost anything Emmy-related on Wikipedia, including records from every category. Last year, for example, Game of Thrones broke the record for most wins garnered by a single season, and Saturday Night Live has been nominated 209 times in its lifetime.
Most of the ceremony’s hundreds of categories have detailed Wikipedia pages dating back to the birth of the Emmys in 1949. Learn more about nominations for Outstanding Character Voice-Over Performance and Outstanding Hairstyling for a Single-Camera Series, or dig up retired categories like the Super Emmy Award!
CAWylie added, “Emmy articles are an ebb and flow type that require a WikiProject to monitor and follow continuity year to year. That’s where the aforementioned formula works best.”
And it’s this constant ebb and flow that makes Wikipedia a valuable second screen. No matter who wins in the actual program, it’s almost as if Wikipedia is running a competition of its own. Check out the pageview standings below to find out which film or series is Wikipedia’s most popular.
Have fun watching the Emmy Awards, and don’t forget to take us with you.

If Wikipedia views are a viable metric, Game of Thrones will run away with an Emmy.
With over twelve million pageviews from July 2015 to May 2016, which roughly equates to the period during which an Emmy-nominated show must air,* Game of Thrones is far ahead of the other programs. It’s part of a wealth of riches in the drama category, as Mr. Robot and House of Cards—sitting behind Game of Thrones with seven and six million pageviews, respectively—have more pageviews than any program in the other categories.
Other Emmy wiki-winners include Fargo, Modern Family, and, with the lowest total of any first-place finisher, Last Week Tonight with John Oliver. 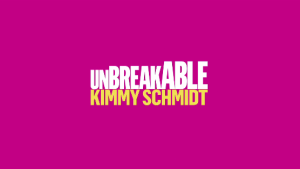 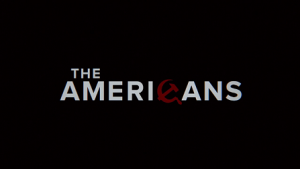 *Statistics here are derived from Pageviews Analysis and run from July 2015 to May 2016, which roughly corresponds with the Emmy eligibility criteria (June 2015 to May 2016); reliable and accurate data is not available for June and earlier. The time period does rob some articles of views—Roots, for example, started airing at the end of May 2016 and is possibly the most heavily affected article, with several hundred thousand views lost. Statistics for The People v. O. J. Simpson: American Crime Story were affected by a page move that added a space between “O” and “J”; the numbers, however, should still be accurate.