On January 18, the community of the English Wikipedia made history with its decision to black out its entire project for 24 hours in protest of two proposed US laws — SOPA and PIPA — that would have seriously damaged the free and open Internet, including Wikipedia. The communities of over 30 other Wikimedia projects supported the protest. Many Foundation staff assisted in the effort, handling the technical side of the blackout as requested by the community, providing code and design, facilitating discussions, contributing legal analysis and handling an unprecedented amount of press coverage.
During the blackout, more than eight million US-based readers used the CongressLookup tool to find their political representatives. A blog post by Sue Gardner received more than 13,000 comments, with the overwhelming majority supporting the blackout. Google News listed over 11,000 media stories about the Wikipedia blackout and the other Internet protests of January 18, and #wikipediablackout was tweeted almost 1 million times. Support for both SOPA and PIPA has since dwindled. Observers expect that they will not become law in their proposed form.

Participants at the San Francisco Hackathon

The first San Francisco Hackathon was attended by 92 participants, many of them complete newcomers. They attended training sessions about Wikimedia technology, followed by team work on demo projects which were then presented in a showcase session and judged by a jury. The first prize went to “SMSpedia”, which allows the user to text a page title to a phone number; the user is then called back by the service and can listen to the Wikipedia entry read aloud.

In the first partnership of its kind, mobile operator Orange and the Wikimedia Foundation will provide more than 70 million Orange customers from 20 countries in Africa and the Middle East (AMEA) with mobile access to Wikipedia — without incurring data usage charges. Also in January, the official Wikipedia Android app was announced. It was installed more than half a million times within the first two weeks.

Video of the monthly Wikimedia Foundation metrics and activities meeting covering the month of January (February 2, 2012)

RecentChangesCamp2012, an OpenSpace unconference focused on wikis and online collaborative practices first held in 2006, took place at the University of Canberra from January 20 to January 22. It was attended by numerous Wikimedians from Australia and abroad. 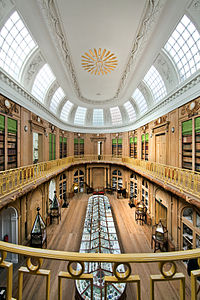 Wikimedia Netherlands and the Teylers Museum (the oldest museum in the Netherlands) have started “The Teylers Challenge” where participants collaborate on multilingual content related to the museum and its collection.

From January 20 to January 22, Ting Chen — Chairman of the Wikimedia Foundation — and Chapters Committee members Miloš Rancic (Wikimedia Serbia) and Bence Damokos (Wikimedia Hungary) visited Zagreb to meet with local community members and discuss the future of Wikimedia Croatia (a chapter to be approved).

The logo of “Wikimedians to the Games”

The Australian Paralympic Committee and Wikimedia Australia launched “Wikimedians to the Games“, a contest for Australian Wikimedians to improve content related to the history of the Paralympic Movement in Australia. The two winners will have the opportunity to fly to London and cover the 2012 Summer Paralympics for Wikinews, Commons and Wikipedia.

On January 26, the French Wikimedia chapter, together with Creative Commons France, Communia and people from the Open Knowledge Foundation (OKF) organized a celebration of “Public Domain Day”, accompanied by the creation of a website. “Public Domain Day” events highlight the entrance of copyrighted works into the public domain at the beginning of each year, and this was the first such event in France.