An open-access preprint[1] has announced the results from a study attempting to predict early box-office revenues from Wikipedia traffic and activity data. The authors – a team of computational social scientists from Budapest University of Technology and Economics, Aalto University and the Central European University – submit that behavioral patterns on Wikipedia can be used for accurate forecasting, matching and in some cases outperforming the use of social media data for predictive modeling. The results, based on a corpus of 312 English Wikipedia articles on movies released in 2010, indicate that the joint editing activity and traffic measures on Wikipedia are strong predictors of box-office revenue for highly successful movies.

The authors contrast their early prediction approach with more popular real-time prediction/monitoring methods, and suggest that movie popularity can be accurately predicted well in advance, up to a month before the release. The study received broad press coverage and was featured in The Guardian, the MIT Technology Review and the Hollywood Reporter among others. The authors observe that their approach, being “free of any language based analysis, e.g., sentiment analysis, could be easily generalized to non-English speaking movie markets or even other kinds of products”. The dataset used for this study, including the financial and Wikipedia activity data is available among the supplementary materials of the paper.

Readability of the English Wikipedia, Simple Wikipedia, and Britannica compared

A study[2] by researchers at Kyoto University presents a detailed assessment of the readability of the English Wikipedia against Encyclopedia Britannica and the Simple English Wikipedia using a series of readability metrics and finds that Wikipedia “seems to lag behind the other encyclopedias in terms of readability and comprehensibility of its content”. The paper, presented at CIKM’12, uses a variety of metrics spanning syntactical readability indices (such as Flesch reading ease, the automated readability index and the Coleman–Liau index) as well as metrics based on word popularity (including the Dale–Chall readability formula and word frequency indices derived from Google News or the American National Corpus).

The authors prepared a corpus of matching articles for the purpose of comparison between the English and Simple English Wikipedia. It should be noted that the authors didn’t perform a random selection of articles, but selected a sample based on the existence of a corresponding article in Simple Wikipedia. The findings of the first analysis indicate that Simple Wikipedia consistently outperforms the English Wikipedia on all readability metrics. Wikipedia also appears to contain on average more proper nouns than Britannica – which, the authors speculate, may be due to specific editorial policies. The second section of the paper measures readability for 500 articles for each one of eight topic categories selected from DBpedia (biology, chemistry, computing, economics, history, literature, mathematics, and philosophy).

A paper whose preprint was previously covered in this research report, and now published as a full research article in PLOS One,[3] found that the Simple English Wikipedia has a higher degree of complexity than the corpus of Charles Dickens‘ books when measured via the Gunning fog index, but is less complex than the British National Corpus, “which is a reasonable approximation to what we would want to think of as ‘English in general’”. See also the September issue of this research report for a summary of a third readability study which had applied the standard Flesch Reading Ease test to the English and Simple English Wikipedias.

An article appearing in Information, Communication & Society[4] studies the discussion pages of English and German September 11 attacks articles, contributing to the ongoing debates on collaborative knowledge creation in the wiki Web 2.0 context, participation of experts and amateurs on Wikipedia, and, indirectly, reliability of Wikipedia. The article’s research question, coming from the sociology of knowledge and social constructivism perspectives, asks to what degree Wikipedia’s “anyone can edit” policy democratizes the production of knowledge, removing it from traditional hierarchies “between experts and lay participants”. The term democratization here is used in the context of such theoretical concepts as wisdom of crowds, participatory culture, produsage and (more critically) the notions of cult of the amateur or digital Maoism. All of these refer to the fact that Wikipedia’s editors are more often amateurs (“lay participants”) than professionally recognized experts.

Using the grounded theory approach, the study focuses not on editors, but on their arguments. It finds that due to community-upheld Wikipedia policies such as Wikipedia:Reliable sources, dissenting opinions (“traditionally marginalized types of knowledge”) such as various conspiracy theories are still marginalized or straight-out excluded; according to the author, this “did not lead to a ‘democratization’ of knowledge production, but rather re-enacted established hierarchies”. The finding should be taken in a certain context; as the author notes, the article was written by amateurs (“lay participants”), who however decided to reproduce traditional knowledge hierarchies, relegating various conspiracy theories and similar points not backed up to reliable sources to obscurity on Wikipedia. The author also concludes that Wikipedia, like other encyclopedias, is prone to a “scientism bias”, i.e. treating scientifically backed knowledge as “better” than knowledge coming from alternative outlets. This despite the “anyone can edit” motto of Wikipedia, the author finds support for the argument that Wikipedia puts more stress on article quality than democratic participation, or in the words of the author: “Although laypeople apparently play a significant part in the text production, this does not mean that they favor lay knowledge. On the contrary, it is clearly elite knowledge of well-established authorities which is finally included in the article, whereas alternative interpretations are harshly excluded or at least marginalized.”

Side-note: This reviewer found the author’s use of a Firefox add-on Wired-Maker for content analysis rather ingenious, and applauds the mentioning of such a practical methodological tip in their paper.

Trust, authority and credentials on Wikipedia: The case of the Essjay controversy

At the Academy of Management conference in Boston, Dariusz Jemielniak presented a paper on Trust, Control, and Formalization in Open-Collaboration Communities: A Qualitative Study of Wikipedia [5]. It is built around a detailed description and interpretation of the Essjay controversy on the English Wikipedia in 2007 about the use of inaccurate credentials by active Wikipedian and administrator Essjay. The paper is framed in terms of the literature from organization theory on trust and control. Jemielniak argues that organization theory suggests that organizations must either be able or willing to trust participants or must rely on control systems which essentially obviate the need for trust. Using ethnographic data from Wikipedia, Jemielniak suggests that Wikipedia — and, perhaps, a series of similar computer-mediated “open-collaboration communities” — instead rely on a series of procedures and “legalistic remedies” which provide a previously untheorized alternative to traditional control systems used in organizations.

The working paper is the first in what Jemielniak suggests will be a series of papers based on a long-term participatory ethnographic study: over the past five years, Jemielniak has edited Wikipedia almost daily and is a steward on Wikimedia projects (as well as the chair of the Wikimedia movement’s newly established Funds Dissemination Committee, and recently announced the committee’s recommendations on funding requests by various Wikimedia organizations totaling US$10.4M). Jemielniak uses his own experience as well as detailed on-wiki records from conversations surrounding the Essjay affair to walk through the controversy and its implications in depth. He discusses how Wikipedians construct authority and initially reacted with indifference to the revelation that Essjay had used fake credentials, how this changed when new information about Essjay’s use of his credentials came to light, how a series of proposals to prevent or respond to such issues in the future were raised, and how the community essentially decided to keep the status quo.

The paper paints a detailed, nuanced, and deeply informed portrait of Wikipedians’ responses to the controversy and the ways in which trust and its relationships to authority and credentials are navigated in the project. The author suggests that the creation of rules and legalistic procedures allowed Wikipedians to walk the line between rejecting descriptions of authority per se while minimizing the effects of inaccurate descriptions of authority by suggesting that editors on Wikipedia should rely much more heavily on users’ experience and on the degree to which particular contributions conform to Wikipedia’s content guidelines.

A working paper by the same author, presented at the annual meeting of the Society for Applied Anthropology[6] gives an overview of Wikipedia’s culture by reviewing the role of its norms, guidelines and policies. 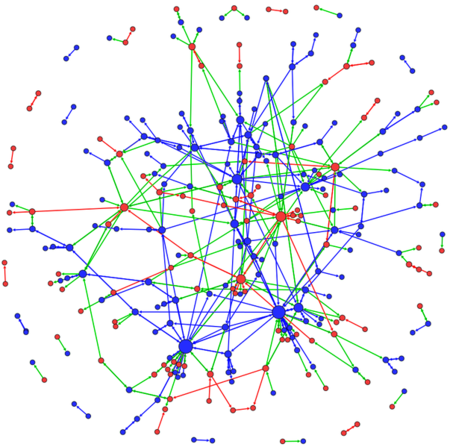