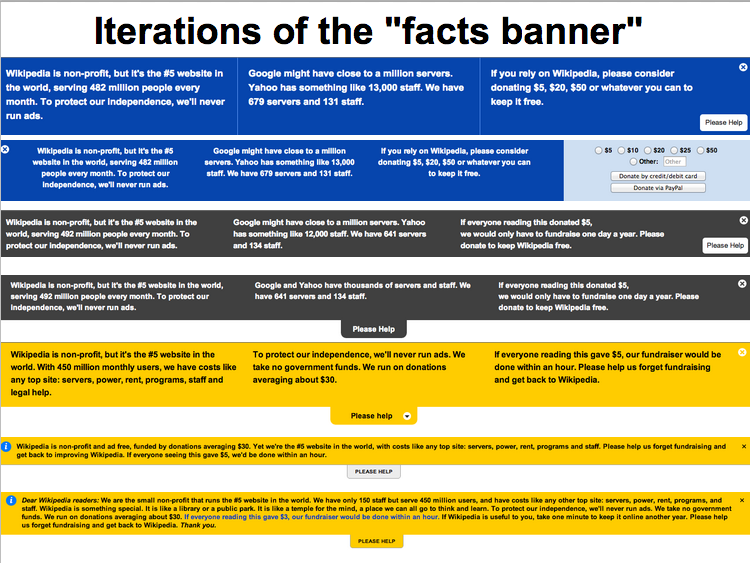 From the Fundraising report: The “facts” banner (listing some basic facts about Wikipedia) was tested in many different versions and eventually performed better than all previous fundraising banners

The Wikimedia Foundation’s fundraising team published a report from the 2012-2013 fundraiser. The report reviews the evolution of banner design and includes data about the 2012 year-end English campaign and the 2013 multilingual campaign, which raised a total $35 million USD from over 2 million donors.

The Legal and Community Advocacy (LCA) team published a statement on trademark practices, which requests community feedback on the Wikimedia trademark policy, procedure, and other questions. The objective is to balance the interest in licensing the brand for mission-aligned activities, with the necessity of preventing misuse and “naked licensing” (licensing without quality control). This is the opportunity to provide ideas as the team considers updating the trademark policy and practices.

Wikipedia Zero, the program to give people around the world mobile access to Wikipedia free of data charges, is now available in Pakistan, in partnership with Mobilink (Vimpelcom). The company’s user base of over 32 million people makes this the second largest Wikipedia Zero launch to date. 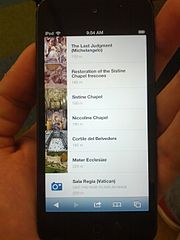 The “Nearby” feature in Vatican City. The camera icon (bottom) indicates an article which misses images, inviting users to contribute one.

“Nearby” feature shows Wikipedia articles in the reader’s vicinity

On location-aware devices (such as smartphones with GPS), a new “Nearby” page lists articles close to the reader’s current location. The feature is designed for mobile devices, but also works on the desktop version of Wikipedia. 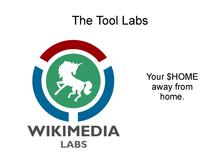 The Tool Labs, an environment for community developers to provide external software tools supporting work on Wikimedia projects, is now operating. With the support of the German Wikimedia chapter, many existing tools have already migrated from the Wikimedia Toolserver to Tools Labs.

The job opening for the Wikimedia Foundation’s new Executive Director has been posted. This starts the search for a successor for Sue Gardner, who will step down later this year. Board of Trustees chair Kat Walsh asked Wikimedians for help in finding the best possible candidate, by spreading the news in their networks.

517 million (-0.17% compared with March; +9.16% compared with the previous year)
(comScore data for all Wikimedia Foundation projects; comScore will release May data later in June)

(Financial information is only available through April 2013 at the time of this report.)

All financial information presented is for the Month-To-Date and Year-To-Date April 30, 2013.

Video of the monthly Wikimedia Foundation metrics and activities meeting covering the month of May (June 6, 2013) 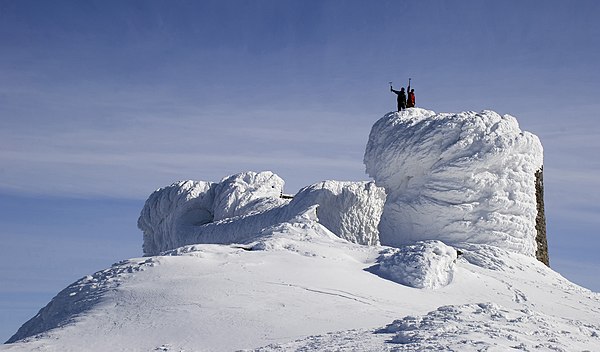 One of the “Wiki Loves Earth” winner photos: The White Elephant, a former Polish astronomical and meteorological observatory, on the peak of Pop Ivan in the Carpathian Mountains

Wiki Loves Earth is a new contest about taking photos of national nature heritage sites in the Ukraine, organized by the country’s Wikimedia chapter. During one month, 365 participants uploaded more than 11 000 images to Wikimedia Commons, depicting more than 1000 of these sites (from a list of 7000). A jury selected the 12 best photos, receiving awards in a ceremony in Kiev on World Environment Day (June 5). 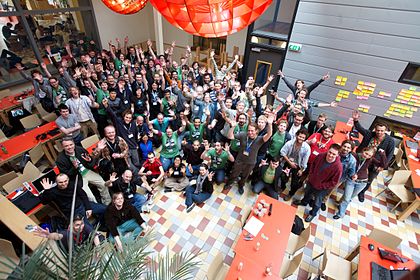 Group photo at the Amsterdam hackathon

Hackathons in Amsterdam and Tel Aviv

149 participants from 31 countries attended the Amsterdam hackathon in late May, the annual largest meet-up of the Wikimedia development community (which had been held in Berlin in previous years). Also in May, Wikimedia Israel held its first hackathon in Tel Aviv, attended by about 30 people. Several of them made their first steps as Wikimedia developers at this event.

In collaboration with the Polish State Railways, the Polish Wikimedia chapter is organizing photo expeditions to document railway sites this summer. The activity is open to international Wikimedians, who will form small teams with Polish-speaking leaders to explore the train infrastructure in different parts of Poland. Participants will be equipped with free train tickets and special passes that allow them to enter and photograph objects which are normally not accessible to the public.

The Peer to Peer University (P2PU) is a nonprofit online learning community which recently launched its “School of Open”, in coordination with Creative Commons. As part of the School of Open, a six-week course titled “Writing Wikipedia articles” is offered. Its second run began in May, with more than 60 students enrolling.