Main Page of the English Wikipedia on the new Android app.

The new Android Wikipedia app was released in June and is now available in the Google Play store. Core features of the app include the ability to save pages for offline reading, a record of your reading history, and the ability to edit either as a logged in user or anonymously. The app is the first mobile platform that allows anonymous editing.

Also, since June 17, users on tablets are now redirected to the new tablet-optimized mobile site; they were previously being sent to the desktop version of all Wikimedia projects. Early data suggests that this change had a positive impact on new user signup and new editor activation numbers.

Media viewer released on all wikis

In June, the multimedia team released Media Viewer v0.2 on all Wikimedia wikis, with over 20 million image views per day on those sites that are tracked. Global feedback was generally positive and helped surface a range of issues, many of which were addressed quickly. Based on this feedback, a number of new features were developed by the team: view images in full resolution, view images in different sizes, show more image information, edit image file pages, as well as easy disable tools for anonymous users and editors.

The results of the first impact assessment for Annual Plan Grants (FDC grants) to Wikimedia organiations were published. Based on the reports of the 9 organizations funded in Round 1 of 2012-2013, the report found that organizations had strength in content-related projects, which benefitted from full time staff and consistent partnership:

Term of Use amended with transparency requirements for paid editing

The Wikimedia Foundation published a new amendment to the Terms of Use to address disclosure of paid editing.

469 million (+0.7% compared with April; -10.2% compared with the previous year)
(comScore data for all Wikimedia Foundation projects, not including mobile devices; comScore will release June data later in July)

20.217 billion (-0.2% compared with May; -4.4% compared with the previous year)
(Server log data, all Wikimedia Foundation content projects including mobile access, but excluding Wikidata and the Wikipedia main portal page.)

(Financial information is only available through May 2014 at the time of this report.)

All financial information presented is for the Month-To-Date and Year-To-Date May 31, 2014.

Video of the monthly Wikimedia Foundation metrics and activities meeting covering the month of June (July 3, 2014)

The Israeli Wikimedia chapter announced an agreement with the country’s education ministry to support the integration of Wikipedia into the ministry’s school curricula in the coming years. Through the planned cooperation, history, geography and science teachers will receive special professional training to instruct students on how to contribute to new or incomplete Wikipedia articles for which information is lacking or inadequate. 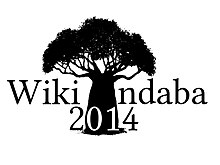 During three days in June, more than 35 Wikimedians came together in Johannesburg for the first ever Wiki Indaba Regional Conference. All four regions of Africa were represented by at least one country, with West Africa having the lion’s share.

The US National Archives and Record Administration (NARA) announced plans to upload all of its holdings to Commons. NARA hired a Wikimedian-in-Residence in 2011 and had already uploaded over 100,000 images to Commons since then.