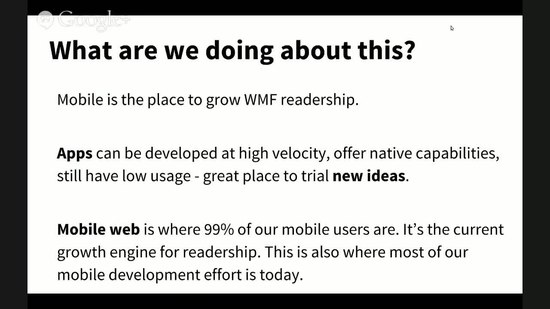 Video of the monthly Wikimedia Foundation metrics and activities meeting covering the month of November (December 4, 2014) 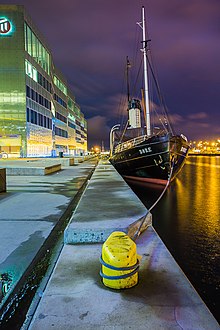 Icebreaker ship “Bore”, working both on and off wiki as an icebreaker (among the winning photos from Wiki Loves Monuments 2013 in Sweden).
“Isbrytaren Bore” by Kristianwhedberg, under CC BY-SA 3.0

In Sweden, the annual Wiki Loves Monuments competition has not just brought many free photos of heritage sites, but also helped the local Wikimedia chapter to begin and maintain successful cooperations with cultural institutions (GLAMs). Among these are Sweden’s National Heritage Board, which deals with old buildings and ancient monuments, and the National Maritime Museums, who welcomed the many new photos of their historical ships. In a blog post, John Andersson and Axel Petterson from Wikimedia Sweden give advice on how to best use those GLAM collaboration opportunities presented by Wiki Loves Monuments. 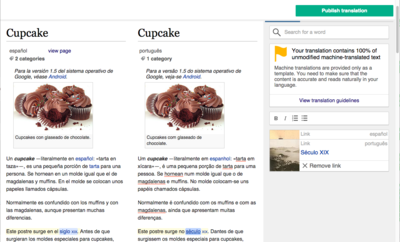 Screenshot of the Content translation tool, displaying a warning that the machine translated text hasn’t been edited yet

The Content Translation tool (CX) is a new software feature that is currently being developed to support the translation of articles between different language versions of Wikipedia. In collaboration with the open source project Apertium, it suggests machine translations that the tool’s users can improve manually before they publish the translated version. In November, the tool expanded support to three languages (Spanish, Catalan and Portuguese), and added new features, such as the automatic adaptation of categories. The Content Translation tool is currently available for testing on a separate server, and is planned to be integrated directly into several Wikipedias as a beta feature in early 2015. 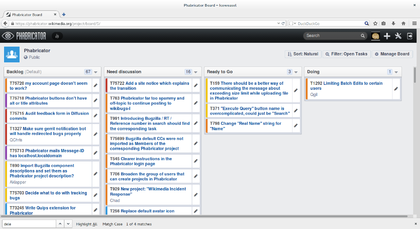 In November, Phabricator (https://phabricator.wikimedia.org/ ) replaced Bugzilla, the bug management tool that served Wikimedia projects for a decade, importing 73,681 reports. Besides bug reporting, Phabricator is already being used for project management and design of new features. It is also planned to replace Gerrit as the platform for code review of new changes to the MediaWiki software, and RT, the tool used by the WMF Technical Operations team to handle user requests. Phabricator can also be used as a project management tool for non-technical projects.

Indian Wikimedians from 15 different language communities gathered in Bangalore for the India Community Consultation 2014, the first such consultation at this scale, convened by the Wikimedia Foundation. The participants discussed a proposed roadmap that includes the following themes:

In 2013, Wikimedia Germany started the Chapters Dialogue project to better understad the roles, relationships and responsibilities of Wikimedia organisations. After interviewing 94 movement representatives – volunteers and staff of the Wikimedia Chapters, the Wikimedia Foundation as well as the Funds Dissemination Committee and the Affiliations Committee – the project concluded with six “tough questions” about the Wikimedia movement.