Here are the highlights from the Wikimedia blog in April 2015. 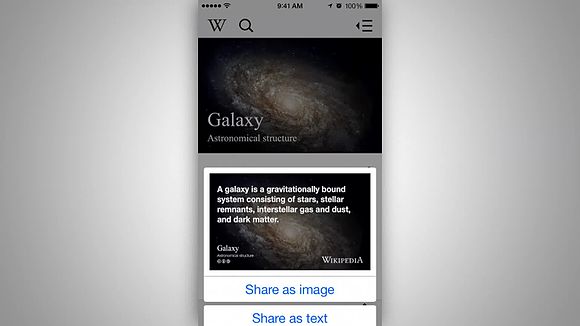 You can now share a fact from Wikipedia with friends on social networks, as shown here. Video by Victor Grigas also on YouTube and Vimeo, CC BY-SA 3.0.
The updated Wikipedia iOS app lets you easily share facts with friends from your iPhone or iPad. Other new features include large images at the top of every article, improved search, and suggestions for further discovery. Download it today!Read More 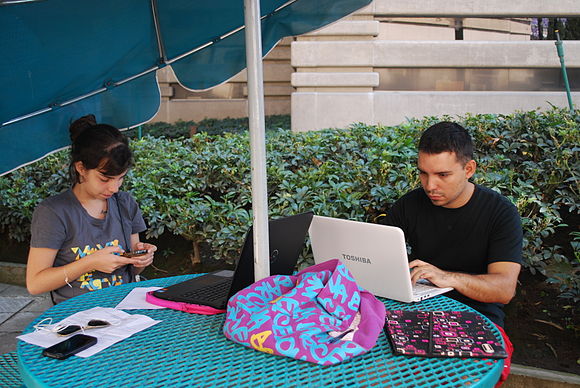 Watch this fun TV spot: “Wikipedia? Isn’t that a new dance?” Video by Michael Epaka also on YouTube, CC BY-SA 4.0
The first television spots for Wikipedia in Cameroon were created as part of a campaign designed to raise awareness of Wikipedia in this western African country, where the use and awareness of Wikipedia has been historically low. Iolanda Pensa, researcher at University of Applied Sciences and Arts of Southern Switzerland (SUPSI) and former scientific director for WikiAfrica, produced this awareness campaign, along with Mike Epacka and others at doual’art, a non profit cultural organization based in Douala, Cameroon.Read More

British photographer Allan Warren’s portrait of Roger Moore (above). Crop by Andrew Sherman, “Sir Roger Moore 3.jpg” by Allan warren, CC BY-SA 3.0.
British photographer Allan Warren has taken portraits of many popular artists and politicians, ranging from Roger Moore to Sophia Loren and Prince Charles. For the past few years, he has uploaded many of his images to Wikimedia Commons. His portraits caught our attention, so we reached out to him for an interview.Read More 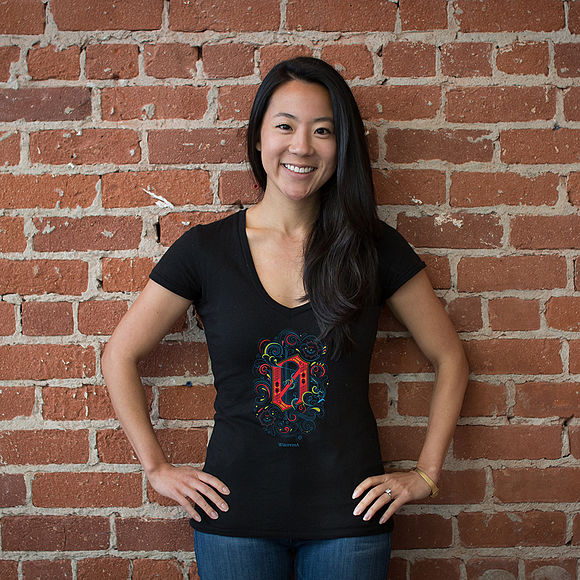 “Free Knowledge t-shirt”. Photo by Nirzar Pangarkar, CC BY-SA 4.0.
The brand new Wikipedia store now features many new items, such as pencils that can be planted and will grow into sage, marigold, or basil. New t-shirt designs and other amazing offerings have also been added to the store. All sales support the Wikipedia community.Read More 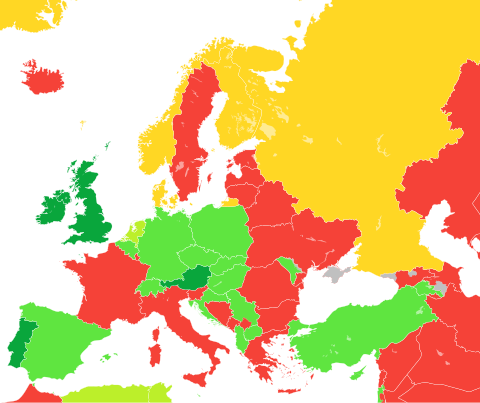 A map of the European Continent. Map by Quibik, CC BY-SA 3.0.
European copyright laws are very complex, as shown in this map: only countries highlighted in green allow taking pictures of buildings in public places — a law known as “freedom of panorama.” Free knowledge advocates are asking that all European Union countries adopt this law. To address this issue, a longtime Wikimedia contributor traveled to Brussels to meet members of the European Parliament and explain why copyright reform is needed.Read More 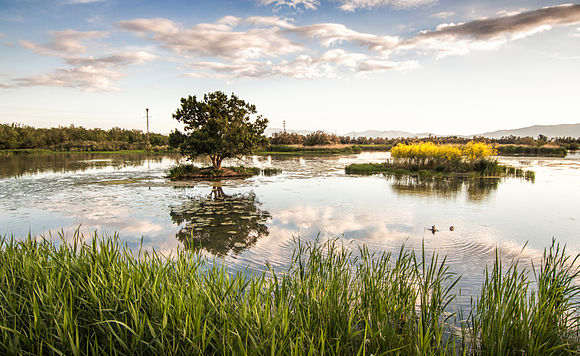 Wiki Loves Earth features exceptional photos of national resources from around the world, such as this image of Aiguamolls de l’Empordà, Spain — which was selected as one of last year’s winners. Photo by Mikipons, CC BY-SA 3.0.
Wiki Loves Earth 2015 started on May 1st, and invites you to contribute photos about the world’s natural heritage. This international photo contest is organized by the Wikimedia community, with the help of its Ukrainian and Polish chapters. We hope you will participate!Read More
Andrew ShermanDigital Communications InternWikimedia Foundation