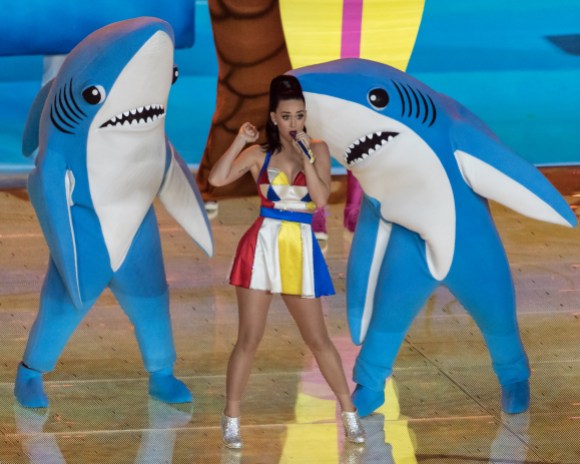 The first Super Bowl in 1967 was simulcast by two TV networks, NBC and CBS, which had to share one microphone in the postgame show. The teams used different balls because the Green Bay Packers and Kansas City Chiefs played in separate leagues and the balls were slightly different in shape. The cost of a 30-second commercial was $42,000. Due to the then-common practice of tape wiping, Super Bowl I was not seen again until 2016, when the NFL strung footage together from over two dozen sources and overlaid it with the radio broadcast.
These days, the Super Bowl is the most-watched US television broadcast each year—in fact, the NFL can say that with one way of counting, it holds the top 23 spots on the all-time list. Americans eat more on Super Bowl Sunday than they do any other day of the year, except for Thanksgiving. And with all the hoopla comes cultural zeitgeists: from multi-million dollar ads for failing startups to Left Shark’s viral popularity, the Super Bowl is a championship of pop culture.
Wikipedia chronicles them all.
The main Super Bowl article provides an overview of the National Football League championship, which started in 1966 in response to the growing popularity of the upstart American Football League. That page lists article pages for each game that note the halftime performers, cost of commercials, statistics, and quirky events.
Based in San Francisco and not far from the site of Super Bowl 50, the Wikimedia Foundation supports Wikipedia and its sister projects such as the media repository Wikimedia Commons. The foundation, fresh off celebrating Wikipedia’s 15th birthday, is paying homage to the Super Bowl’s 50th birthday with 50 fascinating factoids you are unlikely to find anywhere else.
Unlike mainstream media, Wikipedia and its sister projects are written and edited by volunteers—around 80,000 actively maintain its articles, which last year exceeded 5 million on the English-language Wikipedia alone (there are Wikipedia editions in 291 languages). Those volunteers combine and hone a crowdsourced view off the mainstream media path; there are many odd nuggets along the way. As we head into Super Bowl 50, the first one not to go by Roman numerals, take a peek at a quirky factoid for each of the games below.
Feel free to share them, show them off at your Super Bowl party, tweet them, or write about them in a blog post or article—Wikipedians will find more. Wikipedia’s Super Bowl of facts is played every day, all around the world, by all kinds of people.

The first Super Bowl featured the top teams from two separate leagues—the American and National Football Leagues. They would later merge under the latter’s name. Logo by unknown, public domain.

And for Super Bowl 50, the only Super Bowl to be identified without a Roman numeral: CBS set the base rate for a 30-second ad at $5,000,000, a record high price for a Super Bowl ad. 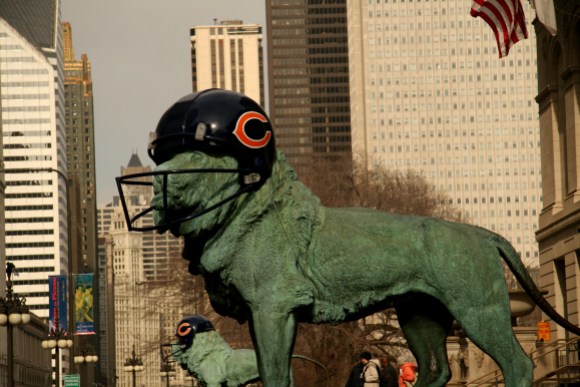 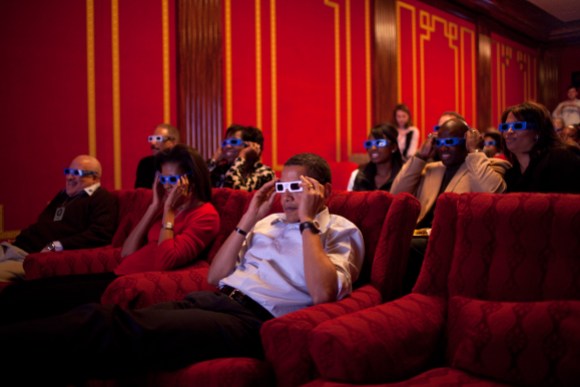 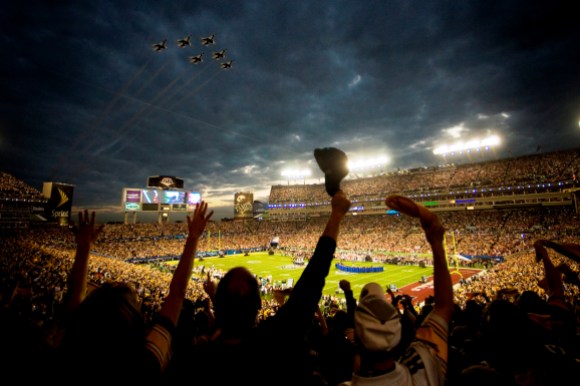 A traditional flyover from military aircraft prior to the beginning of the game. Photo from the US Air Force, public domain. 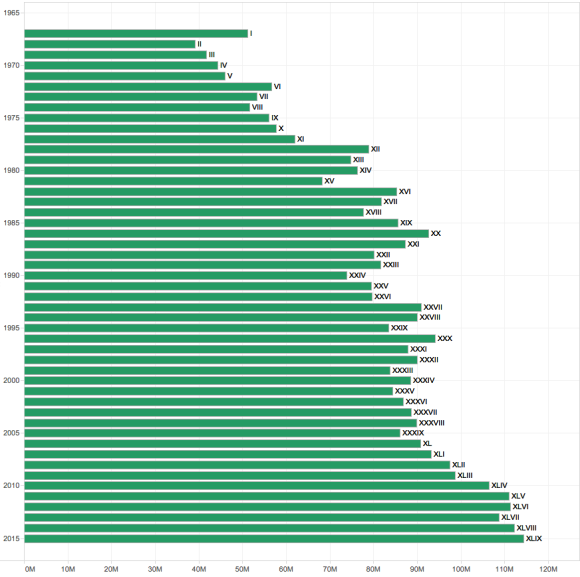 Television viewing statistics for each Super Bowl—all sourced from Wikipedia. The bars represent an average of the number of people watching, not the highest total reached during the event. Graph by Andrew Sherman, freely licensed under CC BY-SA 3.0.