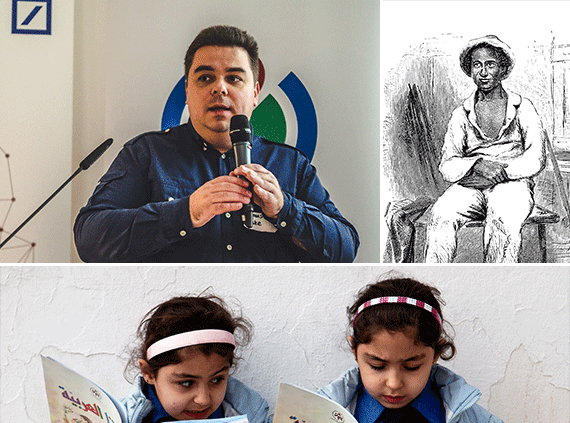 Here are the highlights from the Wikimedia blog in December 2015.

As Wikipedia marks its 15th anniversary, its community celebrated with nearly 150 events on six continents. Meanwhile, the Wikimedia Foundation is announcing an endowment to sustain Wikipedia for the future. Photo by Tanya Habjouqa, freely licensed under CC BY-SA 3.0 IGO.
On January 15, we celebrated not just Wikipedia, but the birth of an idea: that anyone can contribute to the world’s knowledge. As part of this milestone, the Wikimedia Foundation is pleased to announce the Wikimedia Endowment, a permanent source of funding to ensure Wikipedia thrives for generations to come. The Foundation’s goal is to raise $100 million over the next 10 years. You can follow along with the anniversary by tagging @Wikipedia, using the hashtag #wikipedia15, and visiting 15.wikipedia.org. 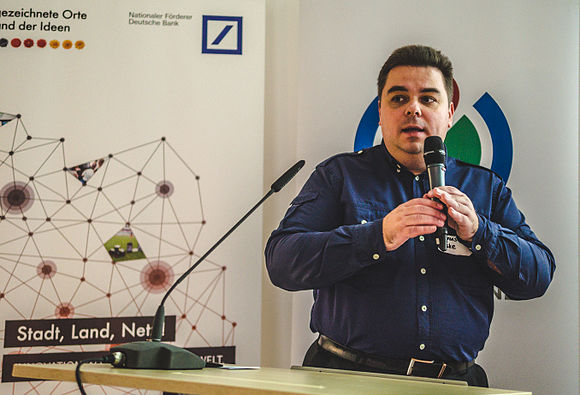 Magnus Manske, a Wikipedia contributor since 2001, spoke at Wikidata’s third Birthday Party in 2015 at Wikimedia Deutschland. Photo by Jason Krüger, freely licensed under CC BY-SA 4.0.
Manske vividly remembers the early days of Wikipedia: “Back in 2001, Wikipedia was the new kid on the block. We were the underdogs, starting from a blank slate, taking on entities like Brockhaus and Britannica, seemingly eternal giants in the encyclopedia world. I remember the Main Page saying ‘We currently have 15 not-so-bad articles. We want to make 100,000, so let’s get to work.’ ‘Not-so-bad’ referred to stubs with at least one comma.” In those days, even MediaWiki—the software that underpins Wikipedia and other wiki sites around the word—didn’t exist. However, the site’s growth posed problems for the original UseModWiki code, as it could not scale up to meet the demand. Manske coded a replacement for UseMod, which he called Phase II. It introduced a number of innovations that Wikipedia editors still use today, such as namespaces, watchlists, and user contribution lists. 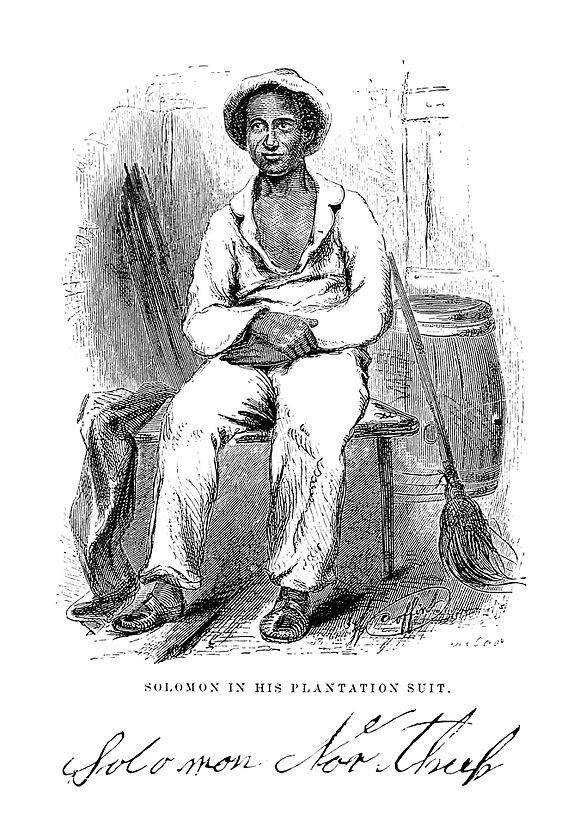 Solomon Northup was the most-visited Wikipedia article on December 12, according to HatNote’s Top 100—a new app that takes advantage of the new pageview API. Illustration from Twelve Years a Slave (1853), public domain.
Wikipedia and its sister projects receive more than 16 billion pageviews each month—more than double the earth’s population. The popularity of different Wikipedia articles can reflect trends in society if we ask simple questions: what’s more popular on Spanish Wikipedia, fideuà or paella? How many views did Punjabi Wikipedia get after the last editathon? What are the top destinations people look up on German Wikivoyage?
You can now use the Wikimedia Foundation’s new pageview API to get these answers quickly and easily. The API is built on a RESTful architecture making it easy to retrieve data with a URI. To make it easier to use, there is a R client and a recently released python client.

The Wikimedia blog’s most popular posts of 2015 include:
Discovery: What happens when you search Wikipedia?: The Wikimedia Foundation’s Discovery team has replaced prefix search with a “completion suggester.” They are also working on improving search for multilingual users.
Maithili Wikipedia turns one year old: Maithili Wikipedians from Rajbiraj, Nepal organized an event to facilitate the winners of first Maithili Edit-a-thon and to celebrate first anniversary of Maithili Wikipedia.
Live a year in 4 minutes: Introducing #Edit2015, Wikipedia’s year-in-review video: You can experience some of the wonder, pain, and triumph of 2015 in four minutes with #Edit2015, the Wikimedia Foundation’s second year-in-review video, replaying a year through the lens of history’s largest crowd-sourced movement.
Documenting Tunis for future generations: A series of workshops are taking place in the Tunisian Association of the Preservation of the Medina – Tunis (ASM Tunis) headquarters. Volunteers will be gathered on a monthly basis and work in their spare time on four themes: madressas (schools), souks (markets), diar (palaces), and mosques/mausoleums.